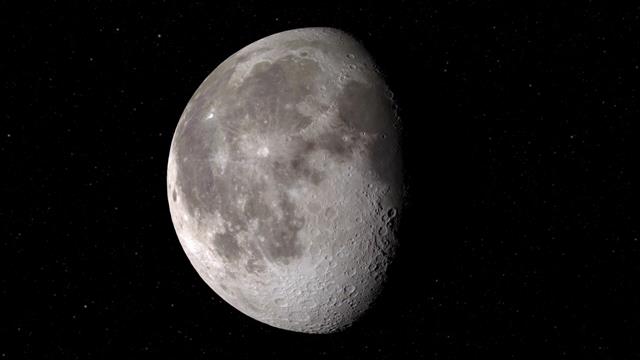 The US space agency said the discovery from Stratospheric Observatory for Infrared Astronomy (SOFIA) will be unveiled at a media teleconference at 12 pm EDT (9.30 pm India time) on Monday. Credits: Twitter/NASAMoon

If you are a science buff, get ready to get some exciting news about a mysterious Moon discovery from NASA on Monday.

The US space agency said the discovery from Stratospheric Observatory for Infrared Astronomy (SOFIA) will be unveiled at a media teleconference at 12 pm EDT (9.30 pm India time) on Monday.

This new discovery comes as NASA prepares to send the first woman and next man to the lunar surface in 2024.

NASA is aiming to return humans to Moon in preparation of its next giant leap — human exploration of Mars as early as the 2030s.

“This new discovery contributes to NASA’s efforts to learn about the Moon in support of deep space exploration,” the US space agency said in a statement.

Join us Tuesday, Oct. 27 to ask questions about studying the 🌖Moon! https://t.co/DJ5fdoT9jL

Understanding the science of the Moon also helps piece together the broader history of the inner solar system, it added.

As the world’s largest airborne observatory, SOFIA is a modified Boeing 747SP aircraft that flies high in the atmosphere to provide its nearly nine-foot telescope with a clear view of the universe and objects in our solar system.

Flying above 99 per cent of the atmosphere’s obscuring water vapour, SOFIA observes in infrared wavelengths and can detect phenomena impossible to see with visible light.

A joint project of NASA and the German Aerospace Centre, SOFIA made its first flight in 2007. IANS