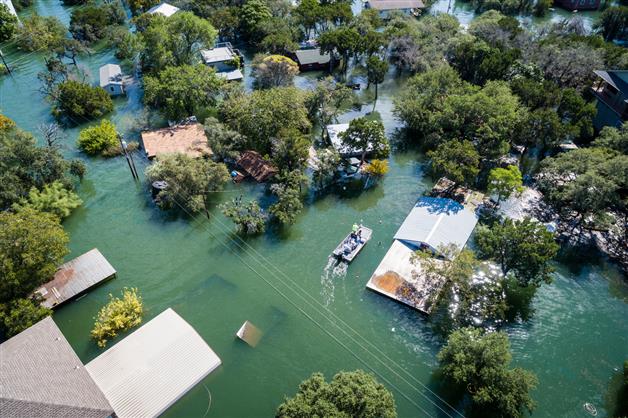 The speed of human-caused global warming over the last 150 years is faster than anything seen since the last ice age, about 24,000 years ago, according to a study.

The team led by researchers at the University of Arizona, US, also verified that the main drivers of climate change since the last ice age are rising greenhouse gas concentrations and the retreat of the ice sheets.

The study, published recently in the journal Nature, suggests a general warming trend over the last 10,000 years, settling a decade-long debate about whether this period trended warmer or cooler in the paleoclimatology community.

"This reconstruction suggests that current temperatures are unprecedented in 24,000 years, and also suggests that the speed of human-caused global warming is faster than anything we've seen in that same time," said Jessica Tierney, an associate professor at the University of Arizona, and co-author of the study.

"The fact that we're today so far out of bounds of what we might consider normal is cause for alarm and should be surprising to everybody," said lead study author Matthew Osman, a geosciences postdoctoral researcher at the University of Arizona.

The team created maps of global temperature changes for every 200-year interval going back 24,000 years.

The researchers combined two independent datasets -- temperature data from marine sediments and computer simulations of climate -- to create a more complete picture of the past.

They looked at the chemical signatures of marine sediments to get information about past temperatures.

Because temperature changes over time can affect the chemistry of a long-dead animal's shell, paleoclimatologists can use those measurements to estimate temperature in an area.

The researchers noted that the method is not a perfect thermometer, but it's a starting point.

Computer-simulated climate models, on the other hand, provide temperature information based on scientists' best understanding of the physics of the climate system, which also is not perfect, they said.

The team combined both the methods to harness the strengths of each.

"To forecast the weather, meteorologists start with a model that reflects current weather, then add in observations such as temperature, pressure, humidity, wind direction, and so on to create an updated forecast," Tierney said.

The team applied this same idea to past climate.

"With this method, we are able to leverage the relative merits of each of these unique datasets to generate observationally constrained, dynamically consistent and spatially complete reconstructions of past climate change," Osman added.

The team is now working on using the method to investigate climate changes even farther in the past. PTI