The discovery has significant potential in the strategic arena of defence, space and the power sector 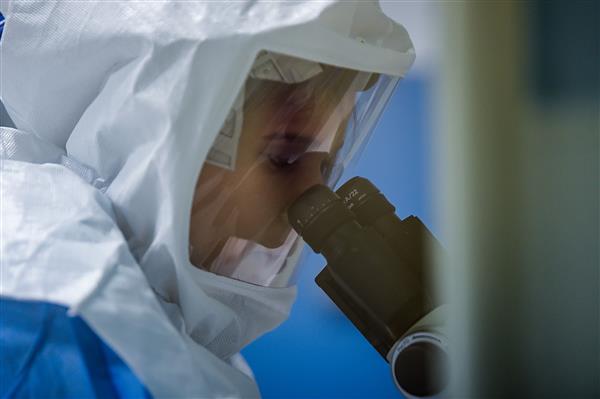 Scientists have discovered a novel material that can emit, detect and modulate infrared light with high efficiency, making it useful for solar and thermal energy harvesting as well as for optical communication devices.

The discovery has significant potential in the strategic arena of defence and space as well as the power sector.

“Researchers discovered a material called single-crystalline scandium nitride (ScN) that can emit, detect, and modulate infrared light with high efficiency,” according to a statement issued by the Ministry of Science and Technology on Tuesday.

The team comprised experts from Jawaharlal Nehru Centre for Advanced Scientific Research (JNCASR), Centre for Nano Science and Engineering, Indian Institute of Science and the University of Sydney.

Scientists used high-tech methods to manipulate such waves precisely -- in dimensions that are thousands of times smaller than the human hair, using specialised materials, the statement said.

However, not all the wavelengths of light are easy to utilise, especially infrared light, since it is difficult to detect and modulate.

For infrared light applications, intelligent and cutting-edge materials are required which can manipulate and detect it at the desired spectral range with high efficiency.

The team, led by KC Maurya, used a scientific phenomenon called 'polariton excitations' that occur in tailored materials when light couples with other phenomena.

“From electronics to health care, defence and security to energy technologies, there is a great demand for infrared sources, emitters and sensors. Our work on infrared polaritons in scandium nitride will enable its applications in many such devices,” said Bivas Saha, Assistant Professor at JNCASR.