Development could have many applications including in self-healing electronic gadgets 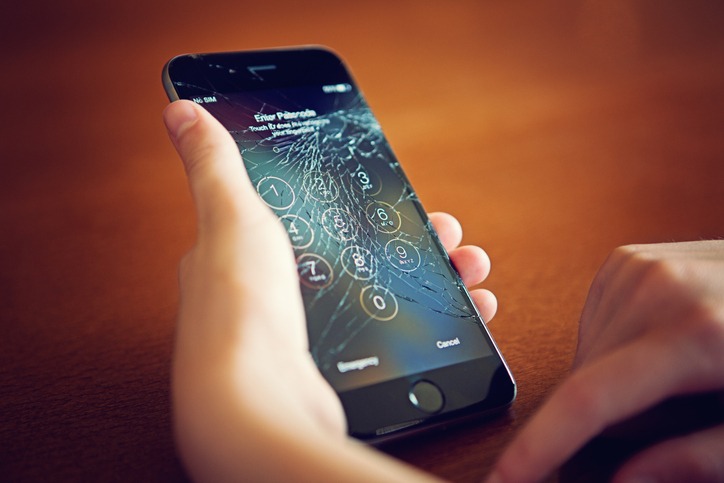 Imagine a mobile phone which falls, its screen cracks and then heals by itself.

This may well be possible in the future as scientists from the Indian Institute of Science Education and Research (IISER) Kolkata and IIT Kharagpur, have discovered a new self-healing material which can repair itself in the blink of an eye.

The development which could have many applications including in self-healing electronic gadgets and in the optical industry has been published in the prestigious US- based Science (AAAS) journal.

The researchers say while self-healing materials have been developed earlier and are used in aerospace, engineering and automation, the difference is that they have now synthesised a new class of solid material which they claim is 10-times harder than other competing material.

Earlier materials developed were in contrast soft and amorphous (without a clearly defined shape) in nature and needed light, heat or a chemical to help them repair by themselves.

However, the new material is hard and does the repair by itself using its own electric charges.

Prof. C Malla Reddy, who won the prestigious Swarnajayanti fellowship from the Indian Governments Department of Science and Technology, in 2015, and his team at IISER Kolkata synthesized the new class of solid materials.

The highly crystalline materials, when broken into pieces, can self-propel and re-join in the blink of an eye, and repair themselves so precisely that they become indistinguishable from the undisturbed materials, the scientists said.

Piezoelectric means an electrical charge is created when the material is put under physical stress such as when it falls.

The self-healing quality of the piezoelectric organic crystals uses the electrical charges created to repair the material when damaged, in the same way that a human tissue often heals itself after being damaged by a fall.

Research showed that these crystals, under pressure, or vice-a-versa, can heal exceptionally well and retain their crystalline nature which is important for many applications, Ghosh said.

Prof. Khatua said, “There is a crystal formation in Android mobiles, LED television sets, and most electronic applications. Our research since 2019 has brought up a self- healing material that can reassemble and realign even after suffering cracks. These piezoelectric crystals can generate electricity when pressure is created by force and make the widening cracks heal in nanoseconds.”

He added “our team used a needle to trigger mild to severe cracks in such piezoelectric objects and saw how the cracks disappeared very, very soon.”

Materials applied in technologies constantly undergo mechanical impact which often damage the devices beyond repair. Therefore, scientists have been searching for self- repairing materials for prolonging the life time of devices.

Wound healing in living tissue and bone has inspired many synthetic self-healing polymers, gels and other soft materials in the last decade or so, the scientists said.

However, replicating such repair in crystalline materials remained a challenge as they are rigid and prevent diffusion of material at the damaged part due to dense and regularly arranged molecules in them, Khatua pointed out.

The first author of this paper, Surojit Bhunia from IISER Kolkata added Here, taking cues from nature we explored the inherent piezoelectricity of crystalline materials for finding self-healing property.

The application possibilities of the new material are immense. “From mobile screens to modern microscopes self- healing materials can be used where the damaged particles can join by themselves, Prof. Khatua said.

“It is long known that piezoelectricity plays a key role in initiating self-healing in mechanically wounded natural biomaterials, like bone and collagen. Hence, our discovery in organic materials may provide further insights into complex natural materials. PTI