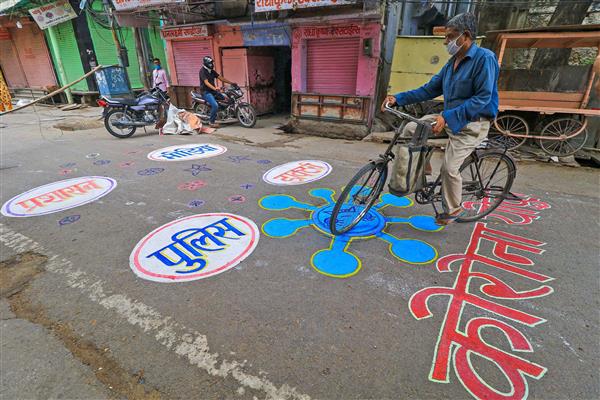 Scientists at the Centre for Cellular and Molecular Biology, Hyderabad have identified a distinct trait in the coronavirus found in the people infected in the country, mostly in the southern states of Tamil Nadu and Telangana.

They have named this unique cluster of virus population as ‘Clade A3i’ found in 41 per cent of the genome sequenced in India.

“Here is a fresh preprint on genome analysis of SARS-CoV2 spread in India. The results show a distinct cluster of virus population, uncharacterised thus far, which is prevalent in India - called the Clade A3i,” the CCMB tweeted.

“This cluster seems to have originated from an outbreak in February 2020, and spread through India. This comprises 41 per cent of all SARS-CoV2 genomes from Indian samples, and 3.5 of global genomes submitted into public domain,” it said.

The CCMB is a laboratory under the Council for Scientific and Industrial Research (CSIR).

Epidemiological assessments suggest that the common ancestor emerged in February and possibly resulted in an outbreak followed by a countrywide spread, as evidenced by the low divergence of the genomes from across the country, the paper stated.

Rakesh Mishra, the director of CCMB and co-author of the paper, said most of the samples from Telangana and Tamil Nadu were similar to ‘Clade A3i’.

Most of the samples are from the early days when the outbreak started in India, Mishra said.

There were little similarities in the samples found in Delhi, but none in samples from Maharashtra and Gujarat, he said.

The trait is also similar to the ones detected in Singapore and the Philippines, Mishra added.

He also said that genome sequencing of more samples will be done in the coming days that will help in knowing more on the subject.

The paper is yet to be peer-reviewed, Mishra said, but added that the development will help in understanding the virus better.

“To the best of our knowledge, this is the first comprehensive study characterising the distinct and predominant cluster of SARS-CoV-2 in India,” the paper stated. PTI