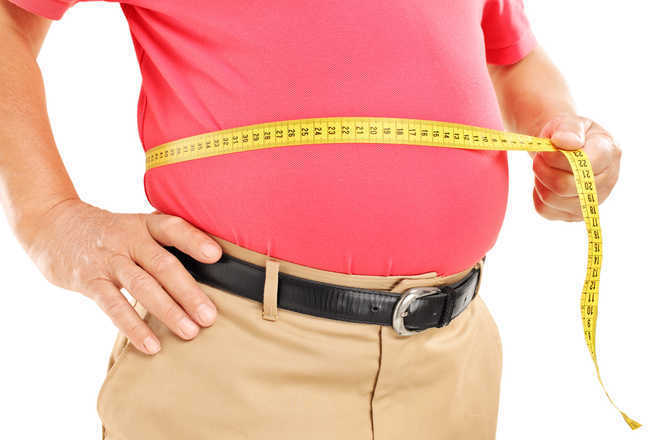 To help people treat obesity, researchers have come out with a medical device that might help with weight loss and requires a simpler operative procedure for implantation.

According to the team, their centimetre-sized device provides the feeling of fullness by stimulating the endings of the vagus nerve with light. Unlike other devices that require a power cord, their device is wireless and can be controlled externally from a remote radio frequency source.

"We wanted to create a device that not only requires minimal surgery for implantation but also allows us to stimulate specific nerve endings in the stomach. Our device has the potential to do both of these things in the harsh gastric conditions, which, in the future, can be hugely beneficial to people needing dramatic weight-loss surgeries," said researcher Sung II Park, assistant professor at the Texas A&M University in the US.

In recent years, the vagus nerve has received much attention as a target for treating obesity since it provides sensory information about fullness from the stomach lining to the brain, according to a paper published in the journal Nature Communications.

Although there are medical devices that can stimulate the vagus nerve endings and consequently help in curbing hunger, these devices are similar in design to a pacemaker, that is, wires connected to a current source provide electrical jolts to activate the tips of the nerve.

However, the researcher said wireless technology, as well as the application of advanced genetic and optical tools, have the potential to make nerve stimulation devices less cumbersome and more comfortable for the patient.

"Despite the clinical benefit of having a wireless system, no device, as of yet, has the capability to do chronic and durable cell-type specific manipulation of neuron activity inside of any other organ other than the brain," he said.

To address this gap, Park and his team first used genetic tools to express genes that respond to light into specific vagus nerve endings in vivo. Then, they designed a tiny, paddle-shaped device and inserted micro-LEDs near the tip of its flexible shaft, which was fastened to the stomach.

In the head of the device, called the harvester, they housed microchips needed for the device to wirelessly communicate with an external radio frequency source.

The harvester was also equipped to produce tiny currents to power the LEDs. When the radio frequency source was switched on, the researchers showed that the light from the LEDs was effective at suppressing hunger. IANS