The astronomers laid out their vision for the future in a report known as the Decadal Survey on Astronomy and Astrophysics, released by the National Academies of Sciences 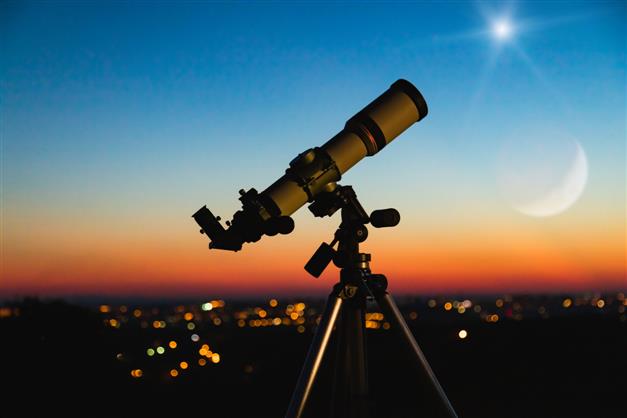 US astronomers have called for the development of a whole new suite of large ground and space telescopes that will spot Earth-like planets outside our solar system, probe black holes, and origins and evolution of galaxies.

The astronomers laid out their vision for the future in a report known as the Decadal Survey on Astronomy and Astrophysics, released by the National Academies of Sciences.

The report, compiled every 10 years, presents a visionary plan to pursue discovery and exploration of habitable planets, enhance understanding of the dynamic and changing universe, and study what drives the formation of galaxies.

It recommended that NASA must over the next decade invest to identify and characterise Earth-like planets outside this solar system, with the ultimate goal of obtaining imaging of potentially habitable worlds.

The US space agency should also probe the nature of black holes and neutron stars -- and the explosive events that gave rise to them -- and understand what happened in the earliest moments in the birth of the universe.

The report also called for revolutionising understanding of the origins and evolution of galaxies, from the webs of gas that feed them to the formation of stars.

"This report sets an ambitious, inspirational, and aspirational vision for the coming decade of astronomy and astrophysics," said Fiona Harrison, chair of the division of physics, mathematics, and astronomy at the California Institute of Technology, and steering committee co-chair, in a statement.

"In changing how we plan for the most ambitious strategic space projects, we can develop a broad portfolio of missions to pursue visionary goals, such as searching for life on planets orbiting stars in our galactic neighborhood -- and at the same time exploit the richness of 21st century astrophysics through a panchromatic fleet," Harrison said

For all the priority scientific areas, the report called on NASA to create a new great observatories mission and technology maturation programme, which would formulate several major overlapping space missions in the upcoming decades.

Under this programme, NASA must build an infrared/optical/ultraviolet (IR/O/UV) telescope -- significantly larger than the Hubble Space Telescope and the latest James Webb Space Telescope -- that can observe planets 10 billion times fainter than their star, and provide spectroscopic data on exoplanets, among other capabilities in.

At an estimated cost of $11 billion, implementation of this IR/O/UV telescope could begin by the end of the decade, after the mission and technologies are matured, and a review considers it ready for implementation. If successful, this would lead to a launch in the first half of the 2040 decade, the report said.

Further, it added that the Karl Jansky Very Large Array and the Very Long Baseline Array, the world's leading radio observatories, should be replaced by the Next-Generation Very Large Array -- an observatory with 10 times the sensitivity.

The report also called NASA to pursue a cadence of one probe mission per decade, with a cost cap of $1.5 billion, while balancing scientific scope with timeliness.