China had launched the Shenzhou-13 spaceship on October 16, sending three astronauts on a six-month mission to the under-construction space station, which was expected to be ready by next year 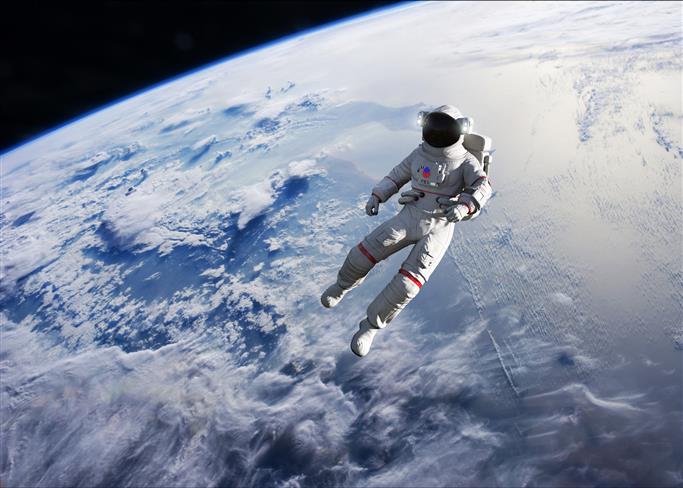 Chinese military pilot Wang Yaping scripted history on Monday when she became the country’s first woman astronaut to walk in space as she moved out of the under-construction space station and took part in extravehicular activities along with her male colleague, the official media here reported.

Wang and Zhai Zhigang moved out of the space station core module called Tianhe and spent 6.5 hours of the spacewalk in the early hours of Monday and successfully returned to the module, Xinhua news agency reported.

This marks the first spacewalk in Chinese space history involving a woman astronaut, the China Manned Space Agency said in a statement.

China had launched the Shenzhou-13 spaceship on October 16, sending three astronauts on a six-month mission to the under-construction space station, which was expected to be ready by next year.

The 41-year-old native of Shandong province and mother of a five-year-old girl, Wang joined the People’s Liberation Army Air Force in August 1997 and served as a deputy squadron commander before joining the second group of astronauts at the PLA Astronaut Division in May 2010.

In March 2012, she was part of the backup crew for the ninth manned Shenzhou mission series in June 2013 and took part in the 10th of Shenzhou series which lasted nearly 15 days. She is the second Chinese woman to have flown in space.

During the Shenzhou 10th flight, Wang gave China’s first space-based lecture inside the Tiangong I experimental module to more than 60 million Chinese students at about 80,000 schools across the country.

She was selected for the present manned space mission in December 2019.

Wang’s achievement has expanded the team of global female astronauts who have conducted spacewalks.

Before Wang, as of October 2019, a total of 15 women had participated in 42 spacewalks since 1984, when cosmonaut Svetlana Savitskaya became the first woman to walk in space, state-run Global Times reported.

“Women’s participation in extravehicular activities is an integral part of manned space, and we are witnessing history thanks to Wang’s bravery,” Yang Yuguang, Vice-Chair of Space Transportation Committee for International Astronautical Federation, told the Global Times.

There is little difference between men and women in terms of requirements for conducting a spacewalk, and the only thing that needs adjustment would be the spacesuit, which must be tailored to the female body to enable them carry out their work with precision, space experts told the daily.

While Wang and Zhai conducted the extravehicular activities, which included the spacewalk on Monday, the third member of the crew, Ye Guangfu played a supporting role from within the module.

The pair returned to the core module at 1:16 am (Beijing Time) after successfully completing their task in about 6.5 hours, the statement said.

The mission further tested the functions of the indigenously developed new-generation extravehicular spacesuits, the coordination between the astronauts and the mechanical arm, and the reliability and safety of supporting equipment related to the EVAs, Xinhua reported.

The three were launched into space on October 16 for a six-month-long mission in the space station, the longest manned mission in China’s space history.

This is the second manned mission for China’s space station, which is under construction. Earlier, three other astronauts - Nie Haisheng, Liu Boming and Tang Hongbo - returned to earth on September 17 after a successful three-month stay in the space station module during which they carried out several tasks to build it.

Billed as the most prestigious and strategically important space project for China after the country’s recent Mars and previous Moon missions, the low orbit space station would be the country’s eye from the sky, providing round the clock bird’s-eye view on the rest of the world.

China’s space station is also equipped with a robotic arm over which the US has raised concerns for its possible military applications.

The arm, which can be stretched to 15 metre, will also play a vital role in building the space station in orbit, Zhou Jianping, chief designer of China’s manned space engineering project, had said.

Astronauts will team up with the robotic arm to make in-orbit space station construction and maintenance possible.

China in the past had launched several scavenger satellites fitted with robotic arms to gather and steer space debris so that it burns up in Earth’s atmosphere.

Once ready, China will be the only country to own a space station while the ageing International Space Station (ISS) is now a collaborative project of several countries.

It is expected to be a competitor to the ISS and may become a sole space station to remain in orbit once the ISS retires.

China is building the space station by sending a series of space missions including the cargo craft, which docked with the Tianhe core cabin module. The Tianhe was launched on April 29. PTI