WhatsApp to allow transfer of chats from Android to iPhone : The Tribune India

WhatsApp to allow transfer of chats from Android to iPhone 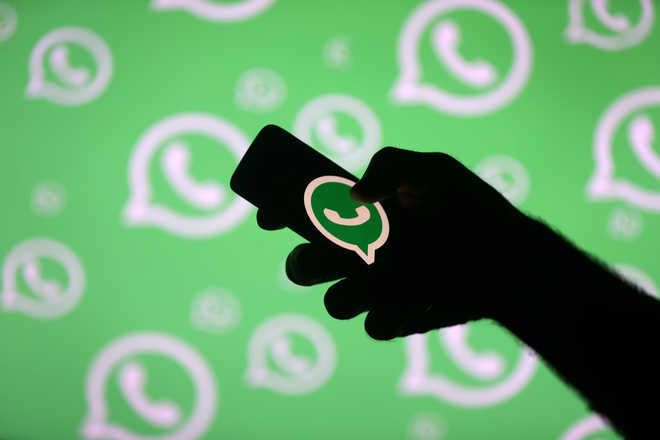 Meta-owned WhatsApp is reportedly testing the possibility of allowing users to migrate chats from their Android device to an iPhone.

According to WABetaInfo, WhatsApp is working on an "import chat history" feature that will let Android users move their chats to an iPhone device.

The feature was spotted in development in the latest WhatsApp beta for iOS v22.2.74. Currently, it is not available to everyone at the moment. It appears that WhatsApp will rely on an app called Move to iOS in order to make the migration possible.

At present, chat transfer feature has been available from iOS to Samsung devices and Google pixel since last October. Users can also migrate chats from iOS to devices based on Android 12 out-of-the-box.

WhatsApp is also reportedly rolling out a new global voice note player on iOS beta that will let users listen to a voice message even when they switch to a different chat..

The voice note that users are listening to will not be dismissed when they swipe back or open a different chat.

This feature has been released to some iOS beta testers, including WhatsApp Business beta.

--IANS Chinese vaccine Sinovac no match against Omicron variant: Study New Delhi, Jan 22 (IANS) Millions of people in 48 countries have received two shots of Sinovac, a Chinese-manufactured Covid-19 vaccine, but those vaccinations alone are of no help against the Omicron variant, a peer-reviewed study published in Nature Medicine has said.

An analysis of blood serum from 101 individuals from the Dominican Republic showed that Omicron infection produced no neutralising antibodies among those who received the standard two-shot regimen of the Sinovac vaccine.

ntibody levels against Omicron rose among those who had also received a booster shot of the mRNA vaccine made by Pfizer-BioNTech, showed the new study by researchers at Yale University and the Dominican Republic.

When researchers compared these samples with blood serum samples stored at Yale, they found that even those who had received two Sinovac shots and a booster had antibody levels that were only about the same as those who'd received two shots of the mRNA vaccines but no booster shot.

In other studies, the two-shot mRNA regimen without a booster has been shown to offer only limited protection against Omicron.

The researchers also found that individuals who had been infected by earlier strains of the SARS-Cov-2 virus saw little immune protection against Omicron.

"An additional booster shot, and possibly two, are clearly needed in areas of the globe where the Sinovac shot has been the chief source of vaccination," said Akiko Iwasaki, the Waldemar Von Zedtwitz Professor of Immunobiology and senior author of the paper.

"Booster shots are clearly needed in this population because we know that even two doses of mRNA vaccines do not offer sufficient protection against infection with Omicron," Iwasaki added.

Omicron has proven particularly problematic to combat because it possesses 36 mutations on the spike proteins on its surface, which the virus uses to enter cells.