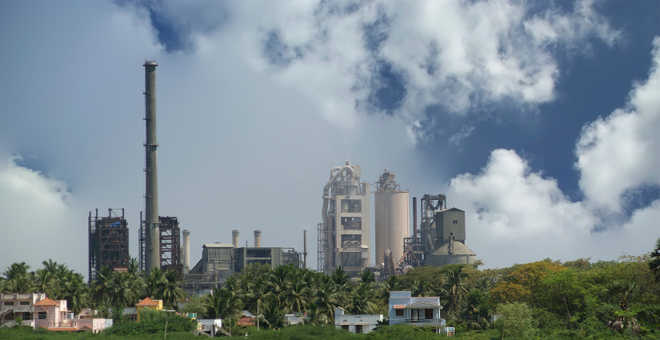 The world's biggest cities and urban areas face some of the worst air quality on the planet, a new report published by the US-based research organization Health Effects Institute (HEI) said on Wednesday.

The report, Air Quality and Health in Cities, released by HEI's State of Global Air Initiative, provides a comprehensive and detailed analysis of air pollution and global health effects for more than 7,000 cities around the world, focusing on two of the most harmful pollutants; fine particulate matter (PM2.5) and nitrogen dioxide (NO2).

In 2019, 1.7 million deaths linked to PM2.5 exposure occurred in the 7,239 cities included in the analysis, with cities in Asia, Africa, and Eastern and Central Europe seeing the greatest health impacts.

By the year 2050, as much as 68 per cent of the world's population is expected to live in urban areas. This rapid urbanization places the world's top cities at the forefront in the battle to reduce the health effects of air pollution, especially in low- and middle-income countries.

The report, using data from 2010 to 2019, found that global patterns for exposures to the two-key air pollutants are strikingly different. While exposures to fine particulate, or PM2.5 pollution tend to be higher in cities located in low- and middle-income countries, exposure to nitrogen dioxide, or NO2, is high across cities in high-income as well as low- and middle-income countries.

NO2 comes mainly from the burning of fuels often in older vehicles, power plants, industrial facilities, and residential cooking and heating.

As city residents tend to live closer to busy roads with dense traffic, they are often exposed to higher NO2 pollution than residents of rural areas.

In 2019, 86 per cent of the more than 7,000 cities included in this report exceeded the WHO's 10 Ig/m3 guideline for NO2, impacting about 2.6 billion people. While PM2.5 pollution tends to get more attention on known hotspots around the world, less data has been available for NO2 at this global scale.

Susan Anenberg of George Washington University, one of the project collaborators, said: "Since most cities around the world have no ground-based air quality monitoring in place, estimates of particulate and gas pollution levels can be used to plan air quality management approaches that ensure the air is clean and safe to breathe." The report also highlights data gaps in low- and middle-income nations, a key aspect to understanding and addressing the health effects of air pollution.

According to the WHO's Air Quality database, only 117 nations currently have ground-level monitoring systems to track PM2.5, and only 74 nations are monitoring NO2 levels.

Strategic investments in ground-level air quality monitoring systems and expanded use of satellites and other emerging technologies in targeted regions can provide critical first steps toward cleaner air.

The report combined ground-based air quality data with satellites and models to produce air quality estimates for cities around the world.