New e-tools being developed to trace sources of fake news

Tools would also be able to identify the fabricated, morphed or edited portion of the content 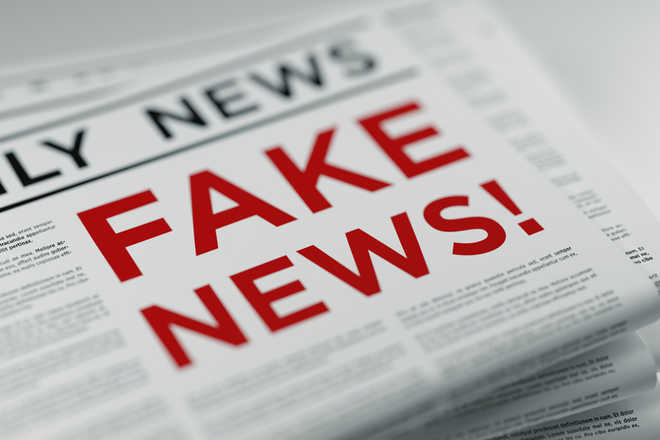 With misinformation and disinformation emerging as an issue of increasing concern in the country, the Bureau of Police Research and Development (BPRD) is developing new e-tools for tracking and tracing the sources of fake news and fake profiles on social media.

The e-tools being envisioned would be able to detect fake profiles and similar profiles across the social media and create social media profiling with detailed metadata of respective user ID so that it can assist law enforcement agencies to trace back the anonymous suspects, an officer familiar with the project said.

Set up in 1970 by the Ministry of Home Affairs for modernisation of police forces and evolve contemporary processes and practices in law enforcement, BPRD’s mandate covers research, training, development, analysis and correctional administration.

It also engages other research and development organisations, academia and the industry for some of its work or undertaking collaborative projects.

The tools would analyze content, posts and comments for offensive text, offensive images and offensive videos across the social media using keywords and indexing trace back to identify the original or proximate profiles that posted the material on the internet.

Advanced methods like artificial intelligence and data mining as well as digital forensic tools would also be used to determine whether the content is fake or if an image or video is morphed, edited or tampered with.

Tools would also be able to identify the fabricated, morphed or edited portion of the content.

Large scale proliferation of the internet and smartphones has led to a spurt in fake profiles on the internet and the use of digital forms of communication for spreading fake news, defaming people or carrying out religious and political propaganda.

Some experts have suggested that the problems of disinformation in a society like India might be more sophisticated and more challenging than they are in the West.

According to publically available information, the damage caused due to fake news on social media has increased due to the growth of the internet penetration in India, which has risen from 137 million internet users in 2012 to over 600 million in 2019. India is the largest market for WhatsApp, with over 230 million users.

According to the police, one of the main problems is of receivers tending to believe anything sent to them over social media due to lack of awareness.

The most recent example of the spread of misinformation has been during the ongoing COVID-19 pandemic with messages when messages relating to incorrect figures, fake official announcements, unverified home remedies and social unrest videos have been in wide circulation.

Misinformation and disinformation related to Jammu and Kashmir are also widely prevalent on social media. General elections is another time when a spurt in fake news is witnessed.