Self-driving bus services tested out in Estonia : The Tribune India 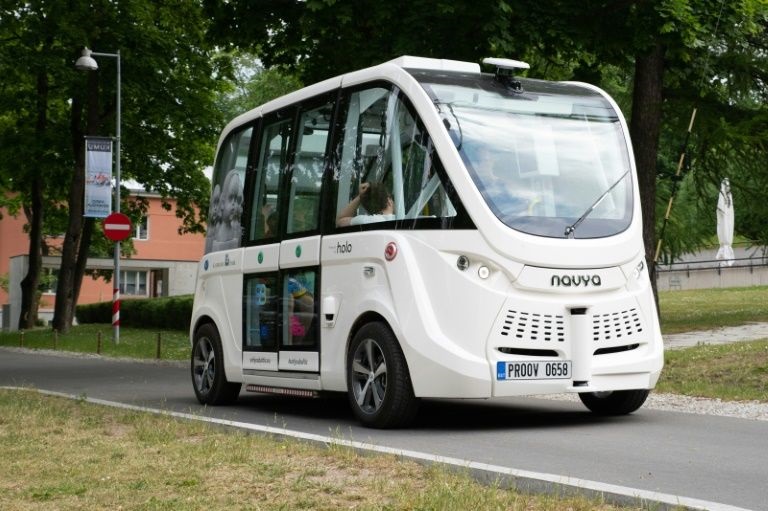 Two types of self-driving bus are being tested out in Estonia this week as part of initiatives that could revolutionise public transport in Europe.

One of the services in tech-savvy Estonia, which is often used as a testing ground for innovation, offers free rides around a park in the capital Tallinn.

The other is part of an EU-funded project and is ferrying people around Ulemiste City, a sprawling business campus near the city's main airport.

Dubbed "e-stonia", the EU member of 1.3 million people is known for being a trailblazer in technology, with Estonians having already helped pioneer the likes of Skype, Transferwise, e-voting and delivery robots.

The first project is a joint initiative being run by the Tallinn city authorities, the Tallinn University of Technology (Taltech) and French company Navya.

Andrei Novikov, deputy mayor of Tallinn, said in a statement he hoped it could lead to "even more eco-friendly and smarter public transport".

University students are present during the ride as bus operators and guides and the bus uses GPS to run on a pre-programmed route in the Kadriorg park.

It is equipped with cameras and lidars, devices for measuring distances by laser light.

In line with virus-related restrictions, no more than four passengers are allowed on board, and there is a bottle of hand sanitizer by the door.

Bus operator and TalTech student Hagar Nakkurt, 21, said there were often queues to use it.

Karol and Jaan, a 40-year-old couple taking a ride, said the bus would be perfect for parks or on campuses.

"I think that it's a bit too slow to use as public transport," Jaan said.

Karol added: "It reacts to every little thing, that also makes the journey longer. But it's probably just a matter of time before it gets smarter."

The plan is ultimately for the buses to run without operators, although Nakkurt said an intermediate step could be to have operators directing them from home.

Nakkurt said the bus was not difficult to operate but reacted to the smallest objects — even tree leaves or birds flying over the road — as potential obstacles.