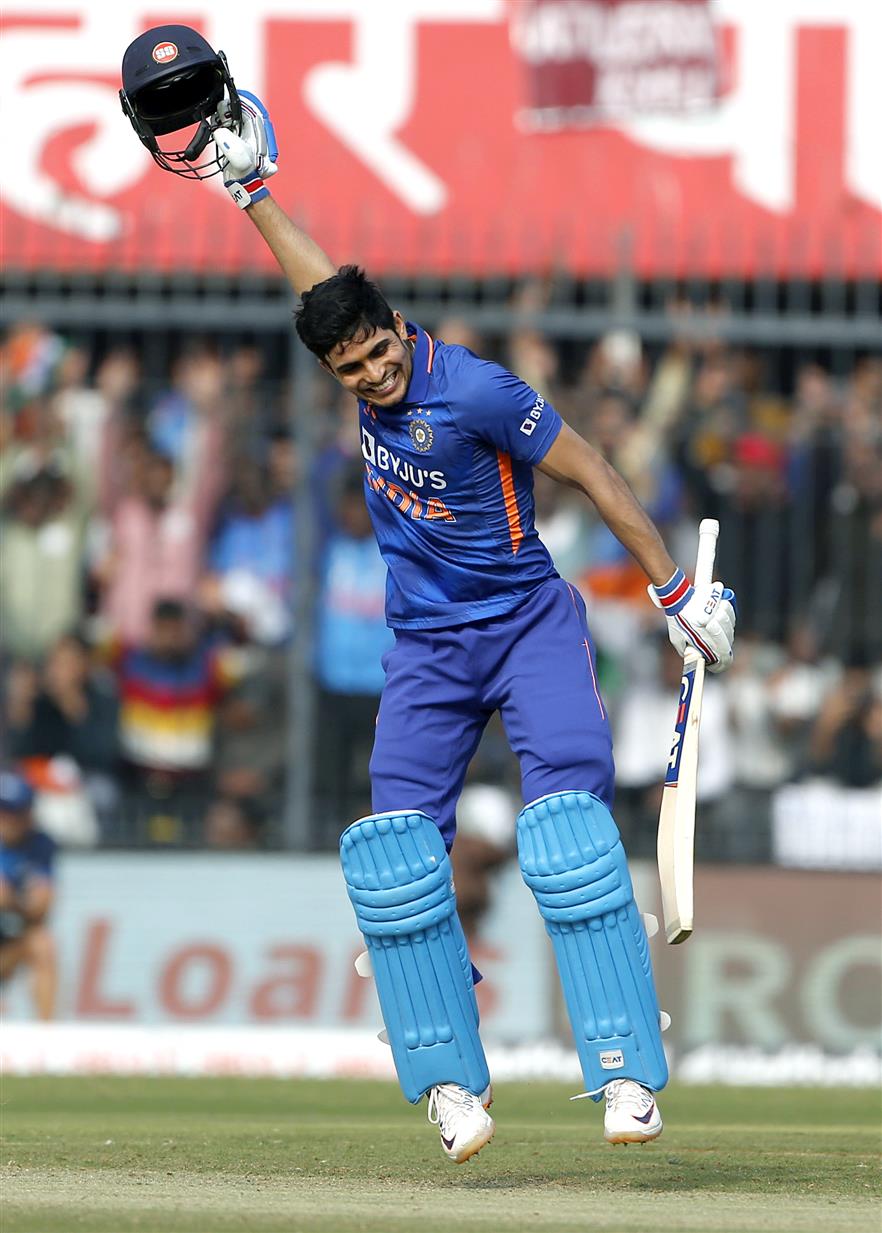 India beat New Zealand by 90 runs and Gill was named Man of the Series.

Gill (23), who had made 208 and 40* in the first two matches against New Zealand, aggregated 360 runs for the series, a world record for a bilateral series that he shares with Pakistan’s Babar Azam. Azam had racked up 360 runs in three ODIs against West Indies in 2016, hitting a century in all three games.

In all, the Fazilka-born Gill hit 13 fours and five sixes. He got to the three-figure mark when he struck the sixth ball of the 26th over for a four, three balls after Rohit had reached his own 100 in the same over with a single. Rohit’s 100, his first ODI century since January 2020, came off 83 balls. Rohit’s 30th ODI centuries places him at the third spot on the all-time list after Sachin Tendulkar (49) and Virat Kohli (45).