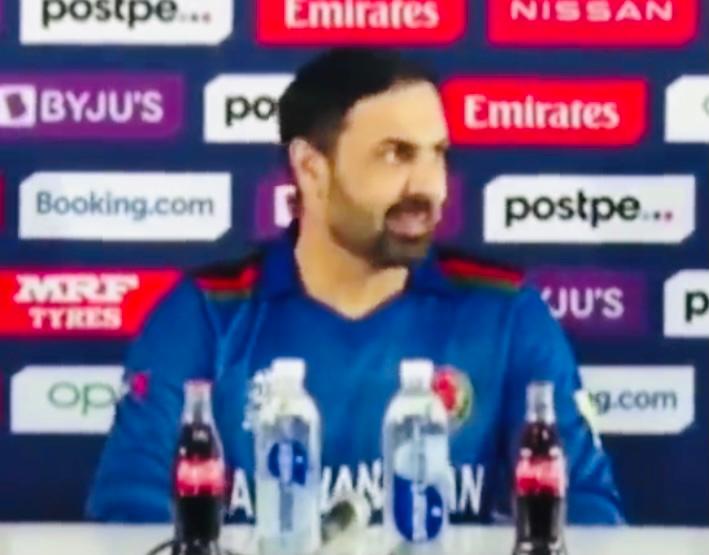 A hilarious clip of Afghanistan captain Mohammad Nabi speaking before a press conference in the T20 World Cup has gone viral on social media.

In the clip, Nabi speaks about how he faces difficulty speaking in English. Nabi can be heard saying that addressing the media is "the hardest thing". He goes on to hilariously remark that he would run out of the ability to speak in English in five minutes.

"Sabse mushkil kaam hai bhai yeh, kasam se," Nabi can be heard telling another person in the video. ("This is the hardest thing brother, I swear.") "Kitne questions hai?" Nabi then asks the other person, presumably a media manager. ("How many questions are there?") "5 minute mein meri English khatam ho jayegi bhai," Nabi then adds. ("In five minutes, my English will be over.")