Miura, who turns 54 on February 26, will enter his 36th season after signing an extension with J-League club Yokohama FC 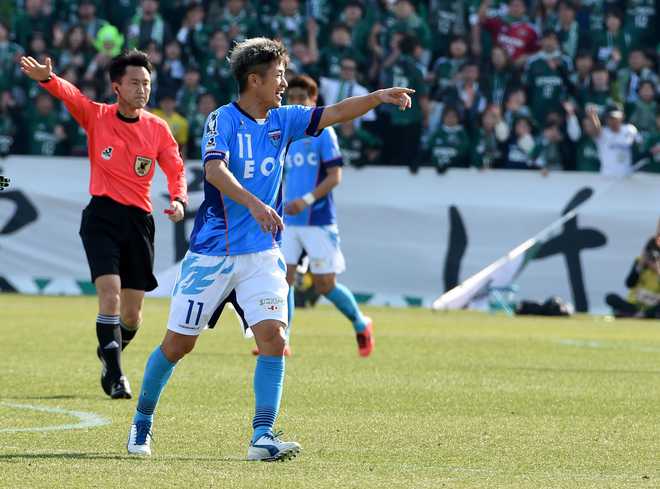 Miura, who turns 54 on February 26, will enter his 36th season after signing an extension with J-League club Yokohama FC on Monday, the league said.

Nicknamed “King Kazu,” Miura played in only four league games last year and did not score but extended his record as the oldest player in the J-League. He joined Yokohama in 2005.

“Return of the King,” the J-League said in its announcement on Twitter.

The league’s 2021 season is scheduled to begin on February 27.

Miura in March 2017 became the oldest player to appear in a professional match at the age of 50 years and seven days, catching global media attention by surpassing England great Stanley Matthews’ longevity record.