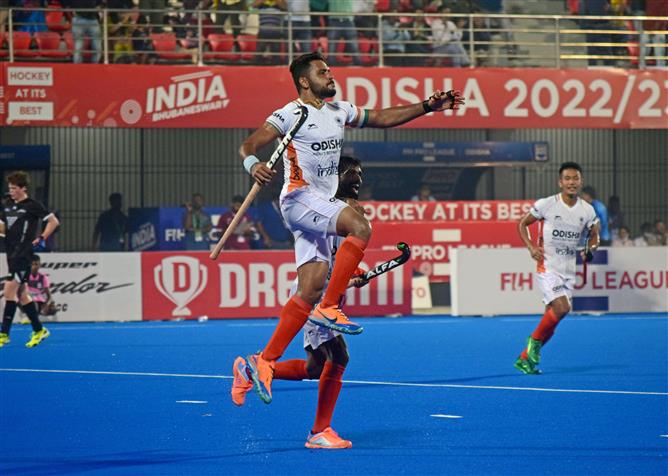 India dished out an impressive brand of attacking hockey after trailing 1-3 at one stage to thrash New Zealand 7-4 in a high-scoring thriller in the FIH Pro League here today.

The hosts, who had beaten the same opponent 4-3 in the first leg on October 28, struggled in the first 15 minutes by conceding three goals but turned the match on its hand as they struck two goals each in the next three quarters.

New Zealand dominated the first quarter but later withered under India’s incessant onslaught as they could score just one goal in the next three 15-minute periods.

India got 11 penalty corners in the match from which three were converted. It was a dominating performance by the Indians who had 29 circle penetrations as against 13 by New Zealand. India also had 56 per cent ball possession and 12 shots at opposition goal as against six of the visiting team.

India head coach Graham Reid had talked about defensive lapses in the first two matches of the season. Today as well, the home side committed blunders to concede three goals in the first 15 minutes.