A rash of goals : The Tribune India

A rash of goals 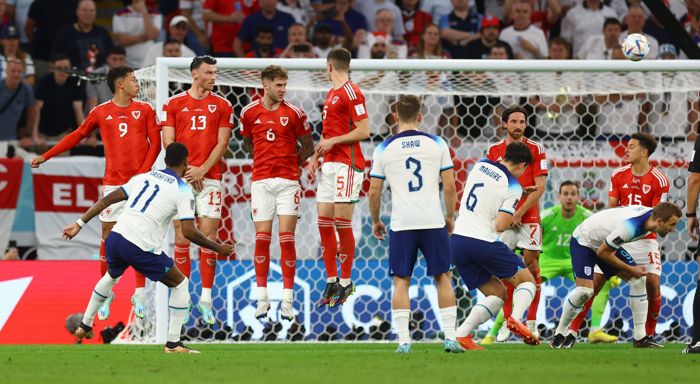 England's Marcus Rashford scores from a free-kick against Wales for their first goal. Reuters

England marched into the last-16 stage of the World Cup as Group B winners after Marcus Rashford’s double and a Phil Foden strike justified their first starts of the tournament in a 3-0 hammering of an outclassed Wales on Tuesday.

Wales, who needed a four-goal victory in a fixture they had not won since 1984 to reach the knockout phase, defended deeply and frustrated Gareth Southgate’s side in a subdued first half at the Ahmad bin Ali Stadium.

But they caved in after the break as a rampant England, who will face Group A runners-up Senegal on Sunday, boosted their goals tally in the tournament to nine and fuelled hopes of a deep run in Qatar, having reached the semifinals in 2018. 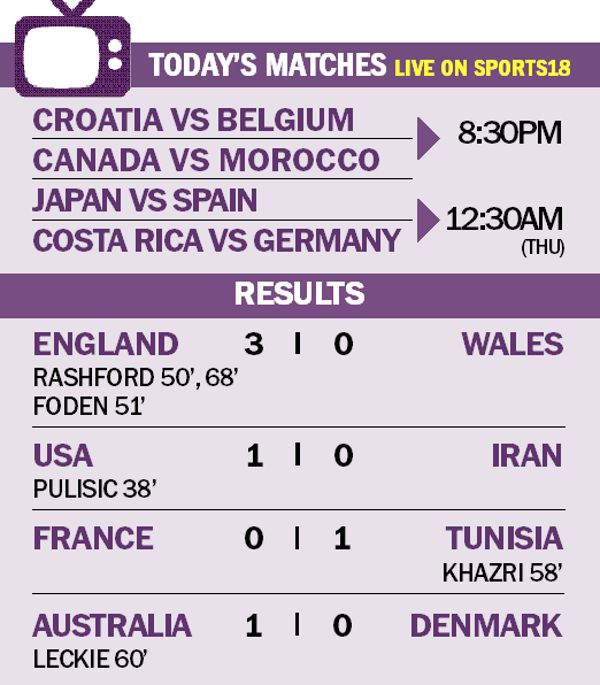 Wales could also have reached the last-16 with a victory if the match between Iran and the United States ended level, but any hope of that scenario unfolding evaporated rapidly once Rashford smashed home a curling free-kick five minutes after the break following a foul on Foden by Ethan Ampadu.

A minute later Foden, who England fans and pundits have been urging Southgate to start, made it 2-0 as Wales carelessly lost possession and Harry Kane crossed low for the Manchester City player to convert from close range.

Wales, whose talisman Gareth Bale was substituted at halftime due to a slight hamstring strain having touched the ball only seven times, looked crestfallen as their first World Cup for 64 years fizzled out.

England continued to dish out the punishment though and Rashford made it 3-0 with a surging run in from the right before shooting through a crowd and past Ward’s legs in the 68th. — Reuters

Doha: Christian Pulisic kicked the ball, scored the goal and crashed into the goalkeeper, a collision that sent the American star to a hospital and the United States into the second round of the World Cup. More than an hour later, he contacted his teammates by FaceTime to join the celebration. Pulisic’s 38th-minute goal had held up, and USA had beaten Iran 1-0 on Tuesday night in their politically charged rematch to advance to the World Cup’s knockout stage. “Christian makes those runs. That’s what he does. That’s the special quality he has,” US coach Gregg Berhalter said. ap