Admire Kohli but his aggression should be within limits: Engineer 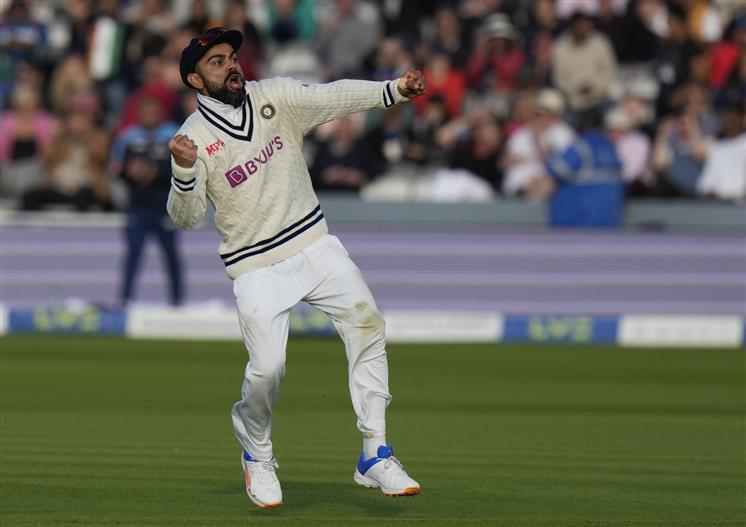 Former Indian wicketkeeper-batsman Farokh Engineer admires captain Virat Kohli and believes that his aggression should be within limits, especially when engaging in verbal volleys.

Kohli was on fire with verbal duels during the 151-run win against England in the second Test at Lord's. After the England team, especially James Anderson went after Jasprit Bumrah, the hosts lost the plot. Set a target of 272, England were bowled out for 120 on the final day.

"I admire Virat for that. He has been an aggressive captain. It's good. Of course, it has to be within limits. Otherwise, the umpire or the match referee can intervene," said Engineer in a conversation with Sports Tak.

He added, "Maybe sometimes, yes (on toning his aggression down). He gets a bit too carried away, at times. But I like his aggression. He is a very good captain. I am all for it. He is I think one of the finest batsmen in the world."

The 83-year-old Engineer opined that both Bumrah and Mohammed Shami showed stubborn attitude while putting an unbeaten stand of 89 runs against England in the second innings.

"Also, they do sledging, so that your batsman lose confidence. But Bumrah and Shami were khadoos (stubborn), they replied in their own way. They couldn't bat very well but they knew how to survive. By surviving, they got a lot of runs and those runs were very important in enabling Virat to declare the innings. That was humiliating for England," said Engineer.

Talking about sledging from his playing days, Engineer said he was focused on answering the opposition with his on-field performances.

"They used to call us 'bloody Indians'. They ridiculed our accent but I answered them back, I gave it back to them on the pitch by scoring runs and wicketkeeping and all that. And by gaining respect." "And they began to realise that Indians are not stupid. They understood that Indians are sturdy and in no way inferior. I tried to tell them that I am not equal to you but we Indians are better than you. That's the image I portrayed to them," said Engineer.

The third Test between England and India starts from August 25 at Headingley in Leeds. India lead the five-match Test series 1-0.  -IANS

Economic decisions increasingly being taken based on availab...