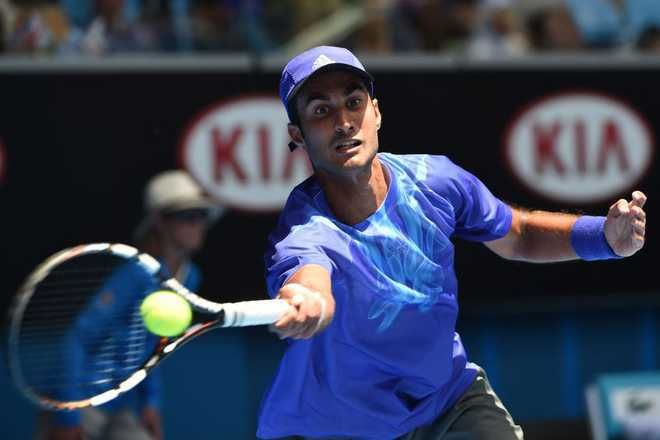 India’s Davis Cup think tank has bet big on both Yuki Bhambri and the grass surface to thwart the visiting Denmark.

As hosts, India chose the surface to suit their game. “The idea is to keep it as low as possible and as fast as possible. Experts have looked at it and we also had the local lads work on it. Hopefully it will play that way,” India’s non-playing captain Rohit Rajpal said.

Bhambri, who has had a forgetful last few years due to injuries, replaced Prajnesh Gunneswaran as the second singles player for the World Group Playoff 1 tie. It would be the first Davis Cup tie on grass for the Delhi player, who made his Davis Cup debut in 2009. The 31-year-old Bhambri will face Mikael Torpegaard, ranked 210. Ramkumar Ramanathan will take on Christian Sigsgaard in the opening singles match.

“I don’t see a problem really. It was mostly hardcourts for most of us but I am looking forward to tomorrow for sure,” said Bhambri.

India coach Zeeshan Ali said that Bhambri was picked over Prajnesh because of the surface. “We have practised here for some days and it was felt that the surface will play fast and the bounce will be low. Collectively we felt that this will suit Yuki’s game more than Prajnesh’s,” Ali said.

The team has also switched the doubles combination. Rohan Bopanna has been paired with Divij Sharan in place of Ramkumar, who played in the doubles match against Finland. “The idea behind the decision is to take some pressure off Ram. He will play minutes after the doubles match so we decided to keep him fresh for the reverse singles,” Rajpal said.

The draw left both the team captains, Rajpal and Frederik Nielsen, smiling. Both skippers were happy that their top-ranked players, Ramkumar and Torpegaard, will face lower-ranked opponents on the first day.