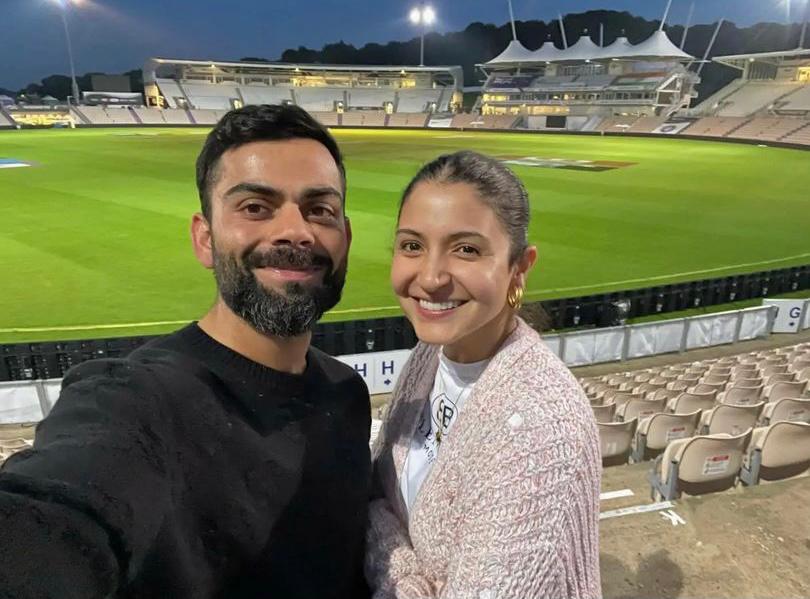 The photos and videos had gone insanely viral on social media. Fans quickly shared them on Twitter and Instagram.

The incident took place at the India-South Africa match when the camera person panned the camera towards Anushka and Vamika celebrating Virat's on field performance.

Ever since Vamika was born in January 2021, both Anushka and Virat had kept her identity guarded.

The statement read: "Hi guys! We realise that or daughters images were captured at the stadium yesterday and widely shared thereafter. We want to inform everyone that we were caught off guard and didn't know that the camera was on us. Our stance and request on the matter stays the same. We would really appreciate if Vamika's images are not clicked/published for reasons we have explained earlier. Thank you! (sic)." Within minutes of releasing the statement, Virat Kohli also posted the same on his Instagram Story. 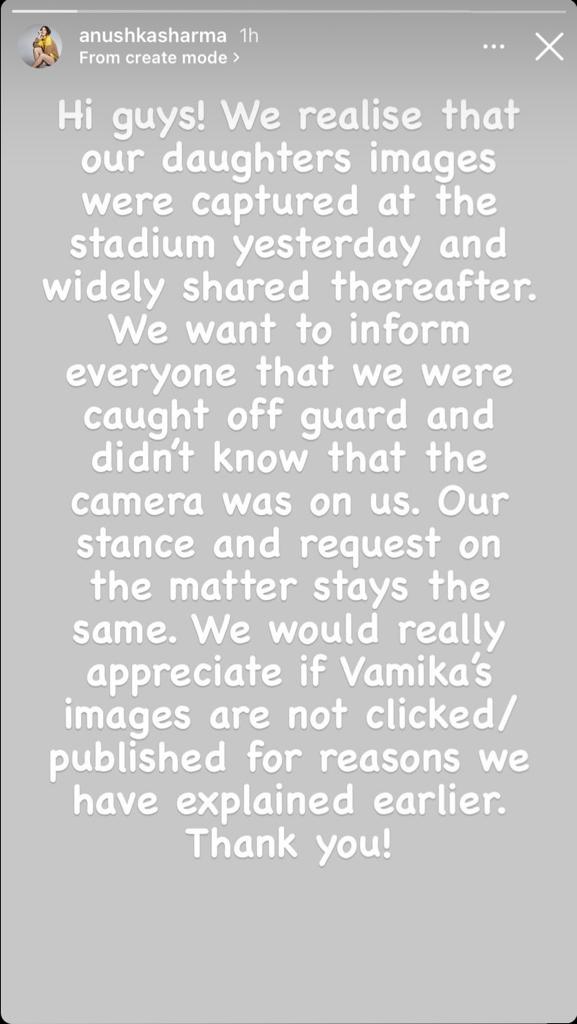 While some fans were ecstatic about seeing Vamika for the first time and gushed over her cuteness, many others were not impressed with the breach of privacy.