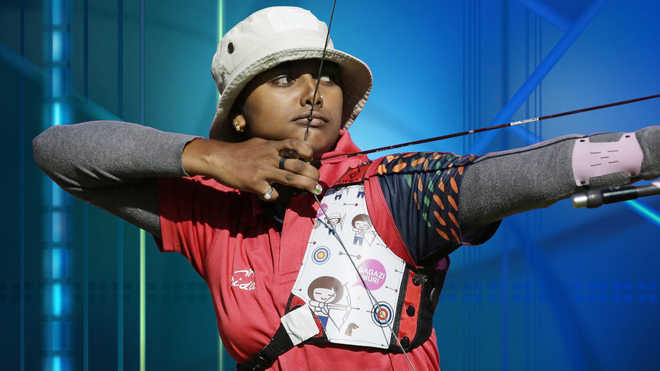 Compound archer Sangampreet Singh Bisla will miss the World Cup Stage 3 as he has tested positive for Covid-19. Bisla, who hails from Patiala, was asked to not join the team in Delhi because of the positive result. The compound archery team was to travel to Paris for the World Cup tonight and as per existing norms, the players have to furnish negative reports before taking the flights.

“I took three tests. Two from the government-run laboratories and one from a private laboratory, the one from the private lab showed me as positive,” Bisla told The Tribune. “I wrote to the federation in the morning about the result and I have stayed back in Patiala. It was pointless to risk others. I could have easily shown the report from the government lab to take the flight. I didn’t do it, as there was a probability that I may have tested positive there. The team could have been barred or worse the tournament could have suffered,” he added.

Interestingly, no other archer or coach was affected by Bisla’s report as everybody was training at their home bases.

“Thankfully, all the archers were staying apart because then we would have had to drop a few had they been in Sangampreet’s contact. Compound coach Gaurav too was not in his contact so he is going,” a source said.

Interestingly, it was Gaurav who tested positive last month and the whole compound team was withdrawn from last month’s World Cup that was held in Guatemala.

Meanwhile, the women’s archery team has already started their practice ahead of the crucial final qualification tournament that will be held two days before the start of the World Cup.

The women’s team, including Deepika Kumari, Komolika Bari, Ankita Bhagat and Madhu Vedwan, is yet to qualify for the Summer Games. The nine-member team left for Paris on June 5 to acclimatise before the crucial tournament.