Shah Rukh's son was filling in for father, Juhi Chawla's daughter was also spotted at event 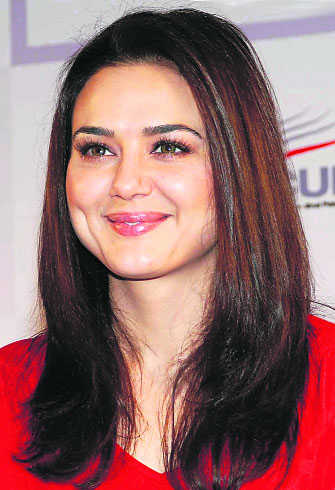 Preity Zinta bought Shah Rukh Khan at the IPL auctions, and Aryan Khan's reaction was literally to grin and bear it! We are talking about Shah Rukh Khan the budding cricketer, of course, who, at Thursday's IPL auctions went to Punjab Kings, co-owned by Preity.

As Preity's team snapped up the uncapped cricketer Shah Rukh for Rs 5.25 crore, she let out an excited scream. Aryan, who was present at the auction couldn't resist a smile, at cameras panned onto him.

Preity Zinta talking to Shah Rukh Khan about having a Shahrukh khan in her team, with one Shahrukh Khan standing beside her.@realpreityzinta @iamsrk #AryanKhan pic.twitter.com/D1KnSre8Xs

Also, spotted at the event was Juhi Chawla's daughter Jahnavi Mehta. She came with her father Jay Mehta, who is also a co-owner of KKR.

So happy to see both the KKR kids, Aryan and Jahnavi at the Auction table .. 🙏😇💜💜💜
@iamsrk @KKRiders pic.twitter.com/Hb2G7ZLqeF

This was Aryan's maiden outing at the IPL auctions.