She came out as gay in 2019; was running with an LGBTQ flag in the Commonwealth Games 2022 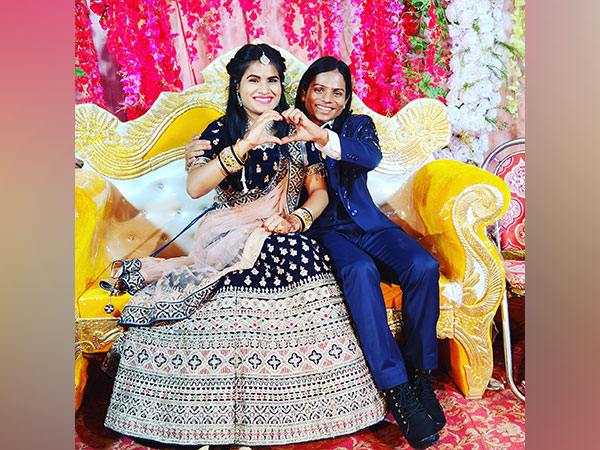 “Loved you yesterday, love you still, always have, always will.” pic.twitter.com/1q3HRlEAmG

"Loved you yesterday, love you still, always have, always will," tweeted Chand while posting a picture with her partner.

However, her manager dismissed any rumours of her marriage, saying that they both had gone together to attend a private function in Dutee's family.

"No (on rumours of her marriage). They both attended Dutee's sister's wedding," the manager told ANI.

Chand came out as gay in 2019. She was recently seen raising awareness and support for the LGBTQ community by running with an LGBTQ flag in the Commonwealth Games 2022.

Dutee Chand had recently participated in the National Games held in Gujarat from September to October this year.

She is an Asian Games medalist, having notched silver in 100 mtrs and 200 mtrs women's competitions in the 2018 edition of the event.