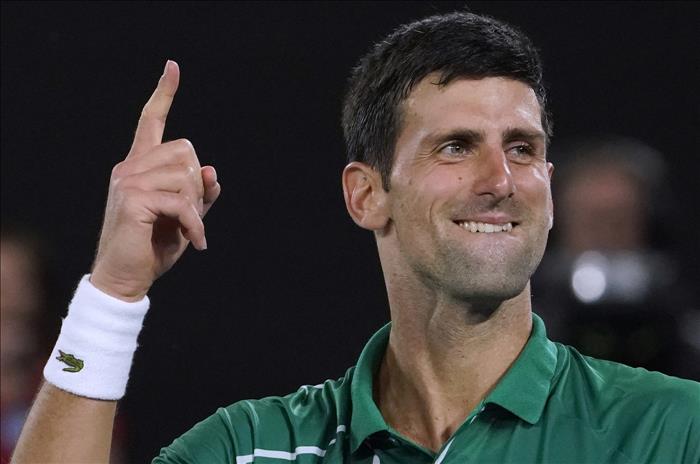 World number one Novak Djokovic was confirmed in the Australian Open draw at a delayed ceremony on Thursday even though the Serb's bid for a record 21st Grand Slam title could yet be cancelled by Australian authorities.

The 34-year-old defending champion was bracketed to play unseeded fellow Serb Miomir Kecmanovic in the first round at Melbourne Park after organisers delayed the draw for more than an hour without explanation.

Tournament director Craig Tiley declined to take questions at the end of the subdued ceremony, with Australian Immigration Minister Alex Hawke still weighing whether to revoke Djokovic's visa for a second time after it was cancelled on his arrival at Melbourne airport.

Djokovic's inclusion in the draw was greeted with scepticism on social media, with fans predicting organisers would have to do another draw before the tournament starts on Monday.

"Having once been the Tournament Director for 12 years, and knowing the enormous contributions by so many over the years, I have to say I don’t like our Grand Slam being subject to ridicule."

The buildup to the year's first Grand Slam has been completely dominated by the visa saga.

Top seed Djokovic, a vaccine sceptic, was given a medical exemption to play without COVID-19 vaccination but Australian Border Force officials decided the exemption was invalid.

He was then detained for several days before being freed on Monday after winning a court case.

If Australia declines to move against Djokovic again, the Serb has a reasonably smooth path to the second week of the Grand Slam, with seventh seeded Italian Matteo Berrettini looming as a potential quarter-final opponent.

After missing out on several days' training while detained, Djokovic practised on Rod Laver Arena's centre court on Thursday in front of media for the first part of the session.

"Obviously his preparation is beyond bad," his former coach Boris Becker told the BBC this week.

"I don’t think he’s ever been in a worse position entering the week before a Grand Slam, but that’s just the way it is." Sixth seed Rafa Nadal, who is level with Djokovic on 20 Grand Slam titles along with the absent Roger Federer, will open his campaign against unseeded American Marcos Giron.

Russian second seed Daniil Medvedev, who was thrashed by Djokovic in last year's final before turning the tables on the Serb in the US Open decider, will play Swiss Henri Laaksonen.

In the women's draw, top seed and home hero Ash Barty will start her bid for a maiden Australian Open title against a qualifier.