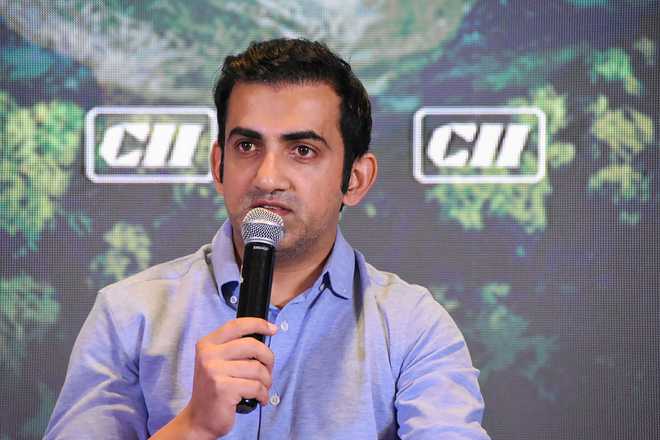 East Delhi MP Gautam Gambhir’s letter to the Delhi Development Authority (DDA) requesting them to name the cricket pavilion in former cricket captain Anil Kumble’s name has ruffled a few feathers amongst others in the BJP.

The DDA facility was built to host archery competition during the 2010 Commonwealth Games and since then the facility has hosted numerous competitions, besides housing a training centre for the city’s archers.

Gambhir’s letter, written to DDA vice-chairman Anurag Jain on January 15, has sparked a flurry of letters to counter his request. Union Tribal Affairs Minister Arjun Munda, who is also the Archery Association of India (AAI) president, has requested DDA to name the facility after legendary archer Limba Ram.

While a host of present international archers, including Deepika Kumari, Atanu Das, Bombayla Devi, Tarundeep Rai and Jayanta Talukdar have shot off a joint letter to Prime Minister Narendra Modi requesting his intervention in the matter.

“…this ground has also been proposed by the Archery Association of India (AAI) for conducting the CWG 2022-Birmingham because of its world-class facilities. You have always looked out for us and the best interest of the nation. Hence, I’m hopeful that you will understand our concern and emotions behind our request and resolve this issue in the interest of archery and its future,” the archers wrote in their joint letter to the PM on Friday.

The archers also pointed out that Gambhir should instead propose naming one of the stands at the Arun Jaitley Stadium (formerly known as the Feroz Shah Kotla stadium) or at any other venue meant for cricket.

Tribal Affairs Minister Munda too sent in his request to rename the facility in Limba Ram’s name.

“I strongly feel that the archery stadium should be named after the archery role model and legendary tribal archer, Shri Limba Ram who has devoted his entire life for the cause of archery,” the minister wrote.

“I hope you will look into it and will consider the concern of the Association in the best interest of sports and athletes,” he added.

This is not the first time where Gambhir has irked the archer community.

Last year, he had proposed to make the Yamuna Sports Complex into a cricket stadium plush with stands. The Archery Association of India (AAI) had successfully opposed the move saying new stands will thwart the wind flow, which is essential to the sport.