Bolt from the man in blue : The Tribune India

Bolt from the man in blue 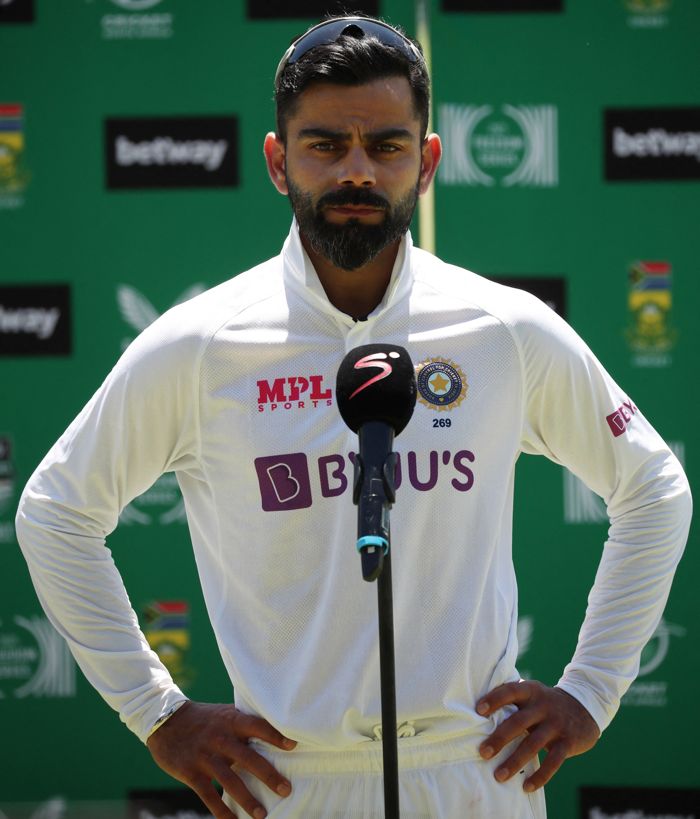 The batsman has had a difficult relationship with the BCCI since stepping down as the T20 captain. File

Virat Kohli shocked Indian cricket today by abruptly resigning as the national side’s Test captain, after leading the team to several memorable victories in his seven years in charge.

The 33-year-old, India’s most successful test captain, took to Twitter to announce his decision a day after India’s 2-1 series defeat in South Africa.

“It’s been seven years of hard work, toil and relentless perseverance every day to take the team in the right direction. I’ve done the job with absolute honesty and left nothing out there,” Kohli said in his statement. “Everything has come to a halt at some stage and for me as Test captain of India, it’s now. There have been many ups and also some downs along the journey, but never has there been a lack of effort or lack of belief.”

The feisty top-order batsman has had a difficult relationship with the Indian cricket board (BCCI) since stepping down as the T20 captain after last year’s World Cup. That cost him the One-day captaincy as well, with the BCCI installing Rohit Sharma as captain in both the short formats. 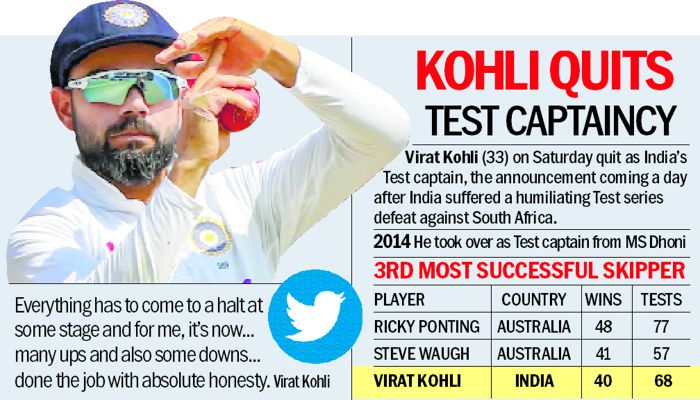 Known as well for his passionate leadership as for his glorious cover drives, Kohli led India in a record 68 Test matches, winning 40 and losing 17 to be fourth in the list of captains with most Test victories. Under Kohli, India became the top Test nation and made it to the final of the inaugural World Test Championship last year, where New Zealand beat them to the title.

With him at the helm, India ended a 71-year drought when they registered their maiden series victory in Australia in early 2019.

His team also held a 2-1 lead in England last year before the final Test in Manchester was postponed following a Covid-19 outbreak in the Indian camp. Kohli led by example to change India’s fitness culture and also oversaw the development of a formidable pace attack. “BCCI congratulates #TeamIndia captain @imVkohli for his admirable leadership qualities that took the Test team to unprecedented heights,” the Indian board Twitted. — Reuters 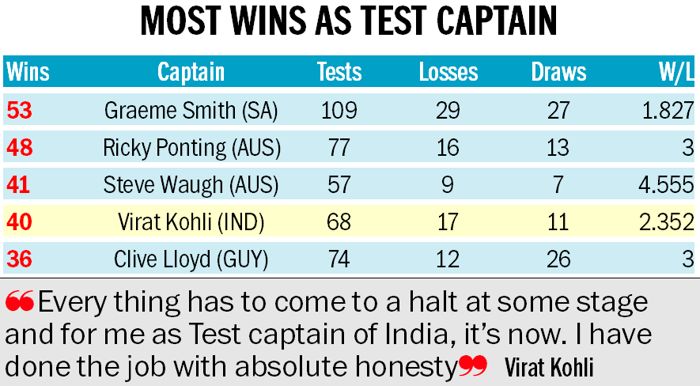 Although I also am shocked by @imVkohli sudden decision, I respect his call. I can only applaud him for what he has done for world cricket & India. Easily one of the most aggressive and fittest players India has had. Hope he’d continue to shine for India as a player. —Suresh Raina, former teammate

When Virat took over as Test captain, India winning a test overseas was an achievement, now if India lose an overseas Test series it is an upset. And that’s how far he has taken Indian cricket forward, and that will be his legacy. —Wasim Jaffer, former india opener

Many Congratulations #ViratKohli on an outstanding career as India’s Test Captain. Stats don’t lie & he was not only the most successful Indian Test Captain. —Virender Sehwag, former india batsman

4 Kohli is the only Indian captain to achieve four overseas Test victories in a calendar year twice.

1 Kohli became the first Indian captain to lead India to a win in Centurion.

1 Virat is the first Asian cricketer to lead his team to two wins in Boxing Day Test matches.