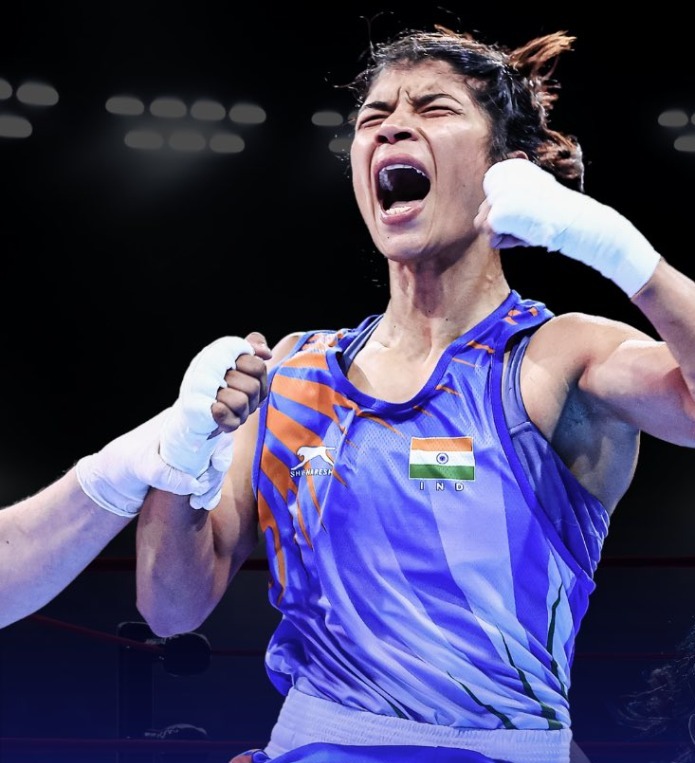 Indian boxer Nikhat Zareen emerged world champion with a comfortable 5-0 victory over Thailand’s Jitpong Jutamas in the flyweight (52kg) final of the Women’s World Championships in Istanbul on Thursday.

The Telangana boxer out-punched her Thai rival to win via unanimous 5-0 verdict.

With this win, Zareen became only the fifth Indian boxer to be crowned world champion.

Congratulating Nikhat, Home Minister Amit Shah said India is proud of her achievement and wished the boxer best for her future endeavours.

Congratulations to @nikhat_zareen for winning the Gold medal at the Women's World Boxing Championships.

India is proud of your achievement. Best wishes for your future endeavours. https://t.co/nDL69tZvcK

A 12-member Indian contingent was sent to participate in the competition and while the medal haul has decreased by one, an Indian has been crowned world champion after four years, Mary Kom had last won the gold in the 48kg in the 2018 edition.