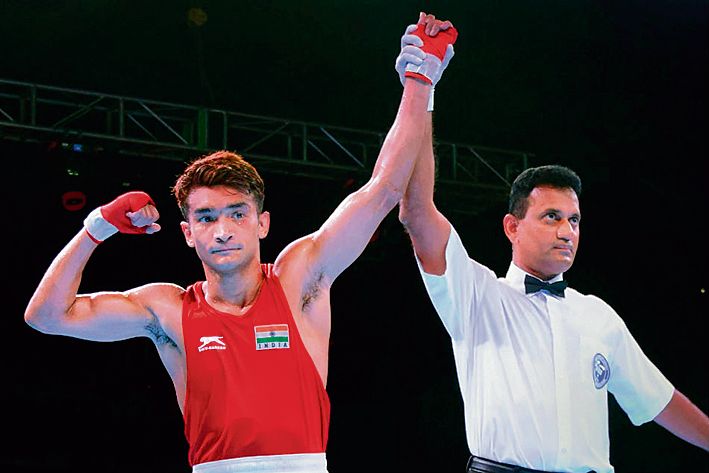 Aiming to secure berths in the World Championships squad, close to 400 boxers, including the likes of five-time Asian medallist Shiva Thapa and former world bronze-winner Gaurav Bidhuri, will be competing in the men’s National Championships starting here tomorrow.

“The rest two spots (in the national camp), will be decided on the basis of selection trials among the bronze medallists and the second teams of the top-three performing units of the last national championships, SSCB (Services), RSPB (Railways) and Haryana,” the Boxing Federation of India (BFI) said in a statement.

The Olympics-returned group of five, including flyweight star Amit Panghal, has decided to give the event a miss due to lack of practice time and niggles.

While Thapa will compete in the 63.5kg category representing Assam, Bidhuri will be in action in the 57kg division for the Railways.

Boxing coaching staff could be in for a surprise soon

New Delhi: Indian boxing’s coaching staff could be “completely overhauled” in the next three months depending on how the World Championships pan out, a national federation source said, revealing that there is “dissatisfaction” with the Olympics performance. Two High Performance directors Santiago Nieva (men) and Raffaele Bergamasco (women) along with the national head coaches CA Kuttappa (men) and Mohammed Ali Qamar (women) are under intense scrutiny. The men’s Worlds will be held in October, while the women’s is scheduled for December. PTI