Brazil and Argentina both have keys to win Copa America

Led by a Barcelona-style Lionel Messi, Argentina players appear convinced they will put an end to a 28-year title drought 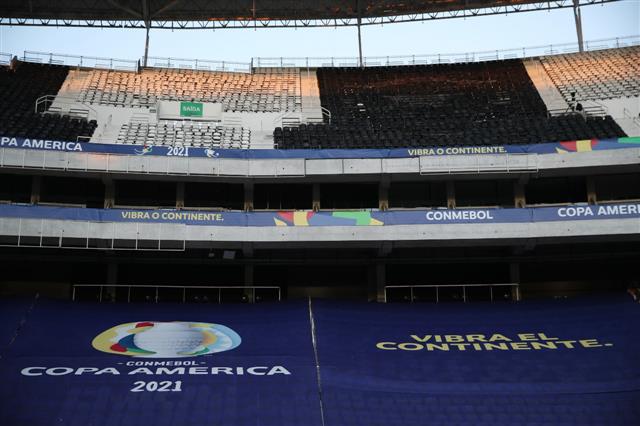 Brazil seeks its 10th South American title, while Argentina is going for its 15th, which would put it level with record winners Uruguay.. Reuters file

Brazil and Argentina have several keys that could see either team win the Copa America title on Saturday at the Maracana Stadium in Rio de Janeiro.

Led by a Barcelona-style Lionel Messi, Argentina players appear convinced they will put an end to a 28-year title drought. Its opponent Brazil looks even better than two years ago when it lifted Copa America without Neymar and with fans on the stands.

Brazil seeks its 10th South American title, while Argentina is going for its 15th, which would put it level with record winners Uruguay.

Here are some reasons why both teams have what it takes to win the title.

MESSI: The team captain is playing his best tournament with Argentina since his debut in 2005. He's scored four goals and has five assists so far. Beyond his playmaking virtues, the 34-year-old is looking comfortable as a leader on the pitch—in a contrast with the shy Messi of past tournaments.

EMILIANO MARTÍNEZ: He is the first goalkeeper to stop three penalties in a shootout in Argentina's history. Against Colombia, he trash-talked his opponents before each shot, which apparently worked. He looks safe in the position, has a good footwork and blocks crosses with precision.

LIONEL SCALONI: The young coach took over as an intern in 2018 to leave behind Argentina's meltdown in the 2018 World Cup when the team lost to France in the round of 16. Now he is responsible for a renewal to team players like defender Cristian Romero, winger Nicolás González and goalkeeper Martínez.

LAUTARO MARTÍNEZ: The striker nearly lost his position to veteran Sergio Agüero after a slow start in the tournament, but he has now scored in the last three matches. He tires opponents with his runs, opens gaps for Messi and still scores some goals.

PROTECTION TO MESSI: Rodrigo de Paul and Giovani Lo Celso are not the most creative midfielders in the world. But they are still high-level passers who will sacrifice defending so Messi can shine in the final third. Leandro Paredes and Guido Rodriguez also take that responsibility in the centre, no matter who is playing.

STEADINESS: Brazil won five matches and drew against Ecuador when it fielded a team with six substitutes. So far, the Selecao has scored in every match and conceded only two goals in the group stage. It usually plays better in the second half, when most of its opponents are fatigued. Substitutes have managed to keep the team's intensity high when they join in.

NEYMAR: His dribbles, passes and shots add to Brazil's steadiness. Neymar scored two goals and had three assists in five matches—he was rested against Ecuador. His exchanges with midfielder Lucas Paquetá made Brazil more fluid up front. As Neymar showed against Peru in the semifinal, he can still come up with tricks that result in goals.

TITE: Brazil's coach has used the tournament to test playing alternatives, eyeing the World Cup in Qatar. As a result, his team depends less on Neymar and adapts well to different situations. By using Gabriel Jesus as a winger, he created opportunities for new players to step up as target men, including Roberto Firmino and Gabriel Barbosa. Tite has also found Paquetá as a promising box-to-box player.

DEFENDERS: Veteran Thiago Silva is still in top form, Marquinhos is as quick as most strikers and Éder Militão has proved to be a potential Brazil starter in the long run. The two goals Brazil conceded at Copa America came on an unstoppable volley by Luis Diaz against Colombia and by Angel Mena in a rare mistake against Ecuador. AP