Can KKR pull off marvel against DC? 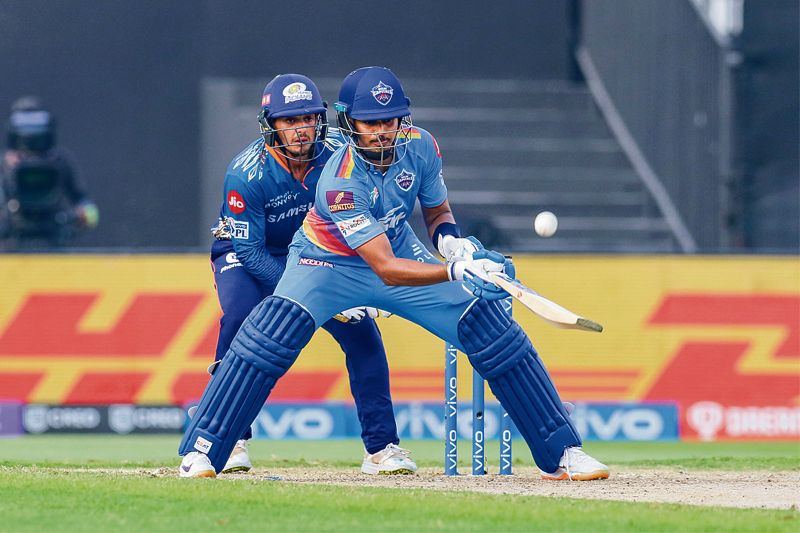 Delhi Capitals topped the league stage with as many as 10 wins for a total of 20 points. - File photo

Eyeing a maiden IPL title, the fancied Delhi Capitals will face another litmus test in the form of a Kolkata Knight Riders unit brimming with optimism when the two sides lock horns in the second qualifier here tomorrow.

Delhi Capitals failed in their first big test when they lost to Chennai Super Kings in the first qualifier and another defeat will mean there will be no more examination for the Rishabh Pant’s strong side.

Two-time winners KKR will no doubt take confidence from their victory against Royal Challengers Bangalore in Monday’s eliminator that dashed Virat Kohli’s hopes of winning a title with his longstanding franchise.

If the emphasis is on momentum and peaking at the right time then KKR will definitely fancy their chances in their next outing, notwithstanding their opponents’ resources and depth in line-up.

DC, who topped the league stage with as many as 10 wins for a total of 20 points, are well aware of the task.

Eoin Morgan’s side has enjoyed a massive reversal of fortunes in the Gulf after enduring a disastrous first half in India earlier this year.

They just about managed to sneak into the playoffs at the expense of five-time defending champions Mumbai Indians, thanks to their better net run-rate.

Things changed for the better after the Kolkata-based side landed in the UAE and if their performance against RCB is any indication, KKR is raring to go and will want to do more than just end their campaign in the playoffs.

On a pitch offering turn, KKR’s spin duo of Varun Chakravarthy (16 wickets so far) and Sunil Narine, who is on a high after his superb all-round performance against RCB, will look to test the formidable Delhi batting line-up.

Batting hasn’t been KKR’s biggest strength this season and DC will look to capitalise on that. — PTI

New Delhi: Delhi Capitals speedster Avesh Khan has been asked by the BCCI to stay back in the UAE after the IPL to join India’s T20 World Cup squad as a net bowler. The 24-year-old is the second fast bowler, after Kashmiri pace sensation Umran Malik, who has been asked to join the team and if BCCI sources are to be believed, the lanky fast bowler could well make it to the standby list by the time World Cup starts on Sunday. India will open their campaign on October 24 against Pakistan. Avesh bowls at an express pace and in this edition of the IPL, he has picked 23 wickets for the Capitals. He is second in the list of wicket-takers with Harshal Patel leading the pack with 32 scalps. “Avesh bowls at an average speed of 142 to 145 clicks, earns disconcerting bounce from the flattest of decks and has been on support staff’s radar for some time,” the source said. PTI