Champions League: Ghost from the past 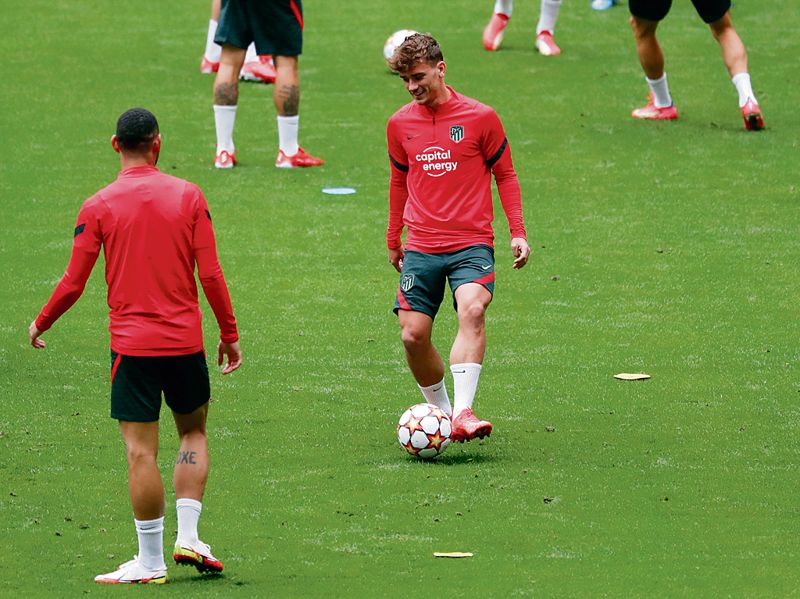 Inter Milan must put their troubled past in the Champions League group stages behind them when they begin a new campaign against Real Madrid, coach Simone Inzaghi said today.

The Italian champions have failed to get out of their group for the last three seasons and suffered the embarrassment of finishing bottom last year under Antonio Conte, behind Real Madrid, Borussia Monchengladbach and Shakhtar Donetsk.

Inzaghi’s side were again drawn with two of those teams in Group D this season, Real and Shakhtar, as well as Moldova’s FC Sheriff, and welcome the Spanish giants to San Siro on Wednesday.

“The past is the past, last season included. We have a great chance to write history in the present. It is a complicated group but we want to go through,” Inzaghi told a news conference. “Inter have not reached the knockout stages since 2011, so we are starting from tomorrow with that objective in mind.”

“I think that as a coach I have close to 50 matches between the Champions League and Europa League,” Inzaghi said. “Obviously Ancelotti has a lot more, but we will try to prepare ourselves in the best way possible and play with a knife between the teeth, hoping to be at our best.” “Ancelotti is one of the most successful managers in history. We have exchanged a few words in the past, it is a pleasure to talk football with him. Tomorrow we need to have the perfect game,” he added. — Reuters

Rio de Janeiro: The eldest daughter of Brazilian football legend Pele has said that her father is expected to move out of intensive care this week as he recovers from surgery to remove a tumour from his colon. The 80-year-old underwent the procedure at Sao Paulo’s Albert Einstein hospital on September 4 after the tumour was found during routine tests. “I wanted to say thank you... from the bottom of my heart for all of the loving, concerned and supportive texts, DMs and emails you guys have sent me,” Kely Nascimento wrote on Instagram. “He is doing well post surgery, he is not in pain and is in a good mood (annoyed that he can only eat jello but will persevere!). He will move into a regular room in the next day or two and then go home,” Kely said in a post on Tuesday morning. IANS

London: Lionel Messi and Neymar have been included in Paris St Germain’s squad for their trip to Club Brugge after the pair missed the weekend’s Ligue 1 action following their return from international duty. Angel Di Maria is not part of the squad after he was handed a three-game suspension by UEFA for stamping on Fernandinho in last season’s semifinal against Manchester City. Centre-back Sergio Ramos’s debut has been delayed he has not fully recovered from a thigh injury. Reuters