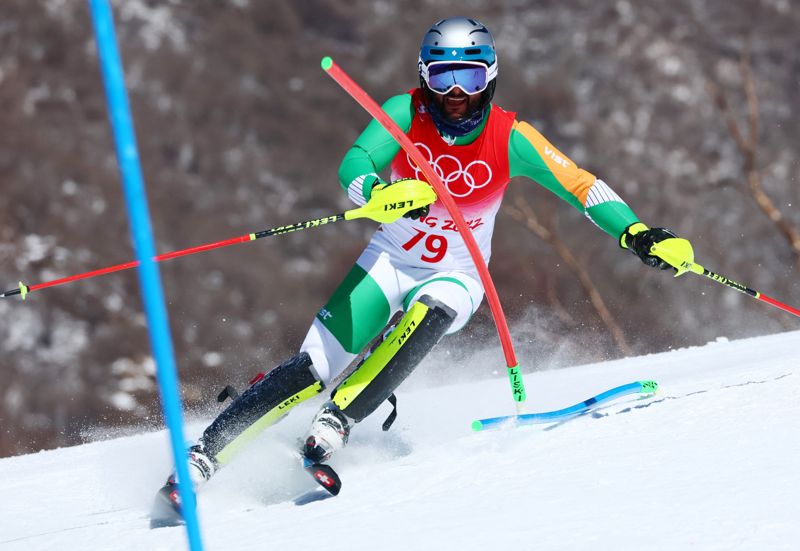 India’s campaign at the Winter Olympics came to a disappointing end today after the country’s lone participant, alpine skier Arif Khan, logged a ‘did not finish’ in the men’s slalom event here.

The 31-year-old from Baramulla district in Jammu and Kashmir, who had finished 45th in the giant slalom event on Sunday, was unable to complete Run 1 at the Yanqing National Alpine Skiing Centre here.

Since debutant Khan was unable to finish Run 1, he did not qualify to compete in the second run of the event.

Only 52 of the 88 starters finished the first run.

Wearing bib No. 79, Khan made a decent start, finishing the first intermediate in 14.40s and the second in 34.24s. However, he failed to complete the final section.

Khan, the first Indian to qualify for two events in a Winter Olympics, had clocked a combined time of 2 minute and 47.24s in the giant slalom event. He finished 45th, which is India’s best-ever performance in the men’s giant slalom event at the Games. Polish-born Jeremy Bujakowski, India’s first-ever Winter Olympian, had finished 65th at Grenoble 1968.

Frenchman Clement Noel moved up from sixth following the first leg and beat first-run leader Johannes Strolz of Austria by 0.61 seconds to take the slalom gold. His second run was the fastest of the day. World champion Sebastian Foss-Solevaag of Norway held his position from the first run and picked up the bronze. — Agencies