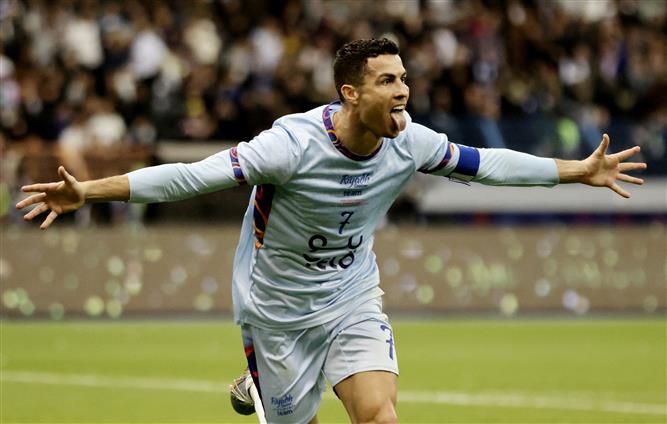 Cristiano Ronaldo made his much-awaited Al Nassr debut, but failed to score as his new team defeated Al-Ettifaq 1-0 in the Saudi Pro League on Sunday.

In his debut game in Riyadh, Ronaldo played the entire 90 minutes and kept the crowd engaged.

Abdulmajeed Al Sulaiheem sent in a cross that Ronaldo rushed into the box to try to meet, but it sailed over his head and was met by Talisca, who was able to score. A few minutes later, Ronaldo lined up a free kick outside the area and had a great chance, but his shot went high and wide.

The second half saw the 37-year-old race the ball down to the byline and fire in a threatening cross, but the resulting shot missed the mark.

Earlier on Thursday, Ronaldo scored twice for a Riyadh All Stars team in a 4-5 defeat to Lionel Messi's Paris Saint-Germain in an exhibition match.

With 14 games under their belt, Al Nassr has surpassed the reigning champion Al Hilal by one point.