While Mirabai Chanu and Achinta Sheuli bagged Gold medals, Lovepreet and Gurdeep from Punjab won Bronze medals for the country 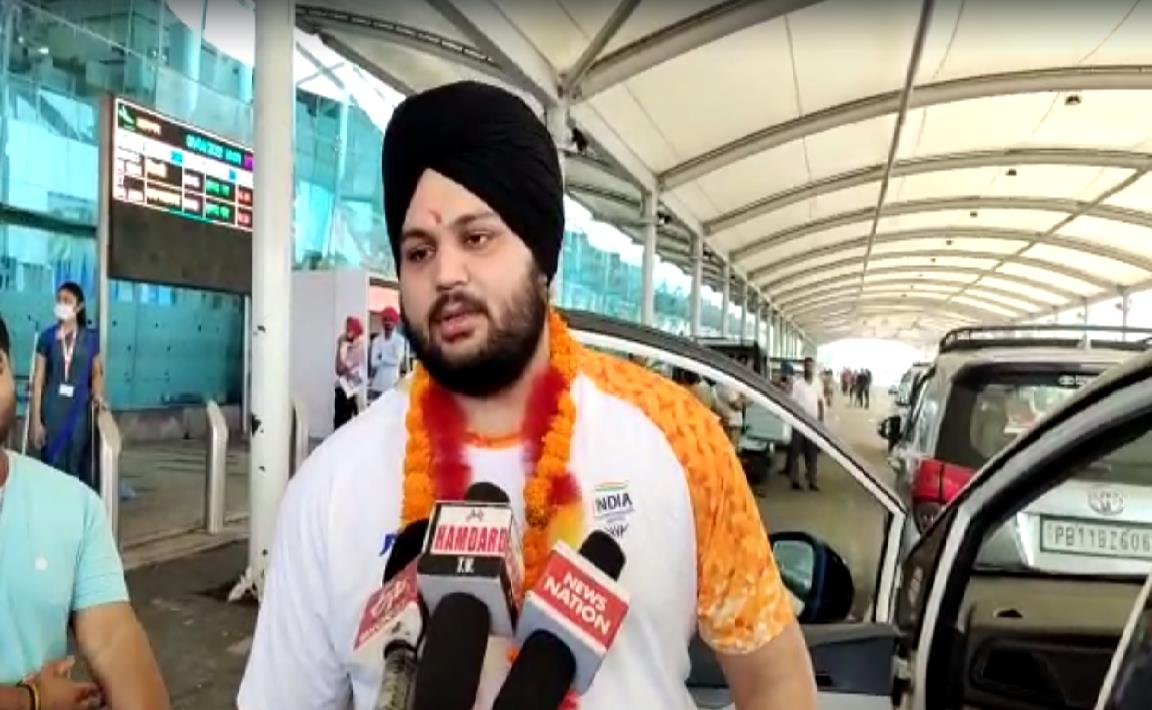 Mirabai Chanu and Achinta Sheuli were showered with love as they were welcomed by the people at Amritsar Airport in Punjab after winning a gold medal each for the country in CWG 2022.

Indian weightlifters Chanu and Sheuli came back to their home country with two gold medals for India. Both the weightlifters had an amazing campaign in Birmingham as they finished top of the podium in their respective categories making the whole country proud.

"It feels good to be back in India and we are elated as we won accolades for the country," said Achinta as he received a warm welcome with a bouquet of flowers and sweets from the people.

Along with them, weightlifters Lovepreet Singh and Gurdeep Singh also returned to their homeland. Both of them also received a grand welcome from the people as they marked their return from Commonwealth Games. Both Lovepreet and Gurdeep won a bronze medal for the country.

"It feels good to be here and we are quite elated being back in the country," said Lovepreet who won a bronze medal in the 109 KG weight category.

The duo was also welcomed with lots of love and affection from the people of Punjab.

"We are receiving a lot of affection from the people here. We look forward to preparing for Asian Games, the Olympics," said Gurdeep as he prepares to take on more challenges in the future and make the country proud again.

Achinta Sheuli clinched a gold medal with a combined lift of 313 kg in the men's 73 kg final. During the event, he lifted 143 kg in his last attempt in the snatch round to create a new Commonwealth Games record.

She performed her personal best at the level of representing India. In the final attempt of the Snatch category, the Tokyo Olympics silver medalist failed to lift 90kg with exhibiting stunning power. In the Clean and Jerk lift category, Chanu exhibited a stunning display of power as she lifted 109kg in her first attempt. In her second attempt, she lifted 113kg.

In her final attempt at this category, she failed to lift 115kg but she did not fail to clinch the first gold medal for India in this multi-sports event in 2022.

Lovepreet finished with a combined lift of 355 kg in men's 109 kg category. It consisted of 163 kg in his final Snatch attempt and a best of 192 kg in the Clean and Jerk category. It helped him clinch a bronze medal.

Gurdeep Singh bagged the bronze medal in the men's 109-plus kg final at the ongoing Commonwealth Games 2022 with a combined lift of 390kg.