Doubles to be Roger Federer's last dance : The Tribune India 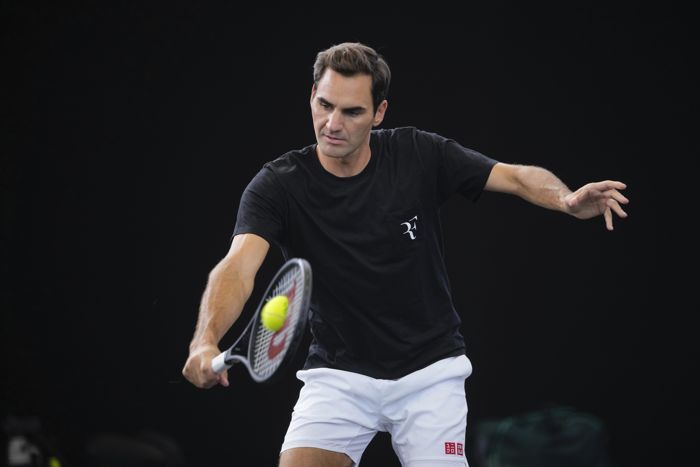 Roger Federer trains ahead of the Laver Cup. ap/pti

Roger Federer is known for his elegant style of play, for his longevity, for his 20 Grand Slam titles — and for occasional tears in his most emotional post-match moments, whether after a victory or defeat.

There was none of that sort of sadness today, just smiles and some chuckles at his own jokes, as Federer appeared at a news conference to discuss his retirement from professional tennis at age 41 after a series of knee operations. He will close his career with a doubles match at the Laver Cup on Friday — perhaps alongside long-time rival Rafael Nadal.

Federer said he is now at peace with the decision to walk away, which comes a few weeks after Serena Williams played what is expected to be her last match at the US Open, and he wants this farewell to be a celebration.

Wearing a blue blazer with the sleeves rolled up to his elbows and a white polo shirt, Federer took questions for about an half-hour at the arena that will host the team competition founded by his management company.

“I’m nervous going in, because I haven’t played in so long,” he said. “I hope I can be somewhat competitive.”

Federer, who announced last week via social media that he would be retiring after the Laver Cup, said it took him a bit to get used to the idea of stepping away from competition.

But it was something he understood he needed to do after running into setbacks in July during his rehabilitation from what was his third surgery on his right knee in about one-and-a-half-years.

“You try to go to the next level in training, and I could feel it was getting difficult. ... Then, I guess, I was also getting more tired, because you have to put more effort into it to be able to sort of believe that it was going to turn around. You start getting too pessimistic. Then I also got a scan back, which wasn’t what I wanted it to be,” Federer explained. — AP