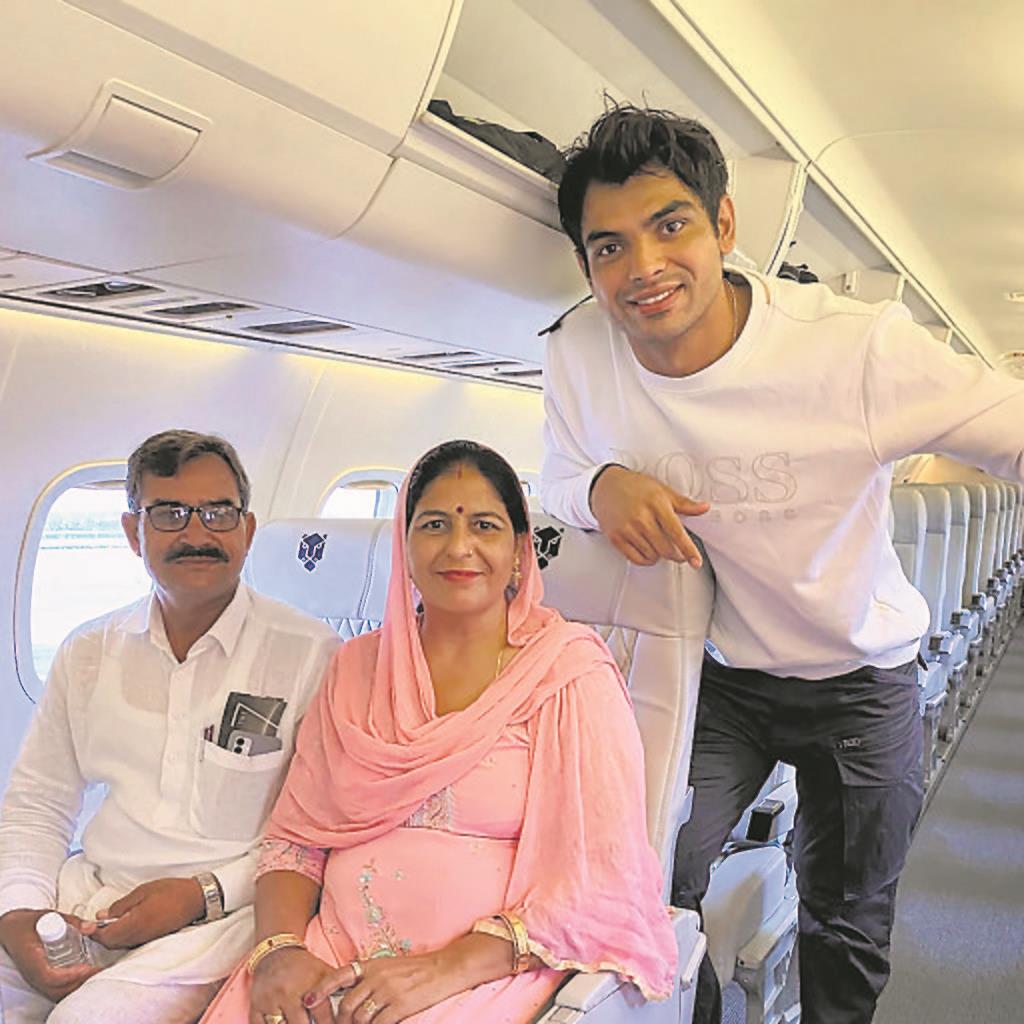 Champion javelin thrower Neeraj Chopra, who bagged for India its first-ever Olympic gold in track and field event, fulfilled his one more dream on Saturday as he took his parents on their maiden flight.

Golden moments A dream came true today as I was able to take my parents on their first flight. .

Neeraj, along with his father Satish Chopra, mother Saroj Devi, his first coach Jaiveer Jaglan and others, boarded the chartered flight from Delhi to Bellary (Karnataka) to attend a programme organised by his promoter JSW Sports. The family landed back in Delhi in the evening.

The 23-year-old shared his dream-come-true moment on social media platforms Twitter and Instagram. Neeraj’s parents said it was a “happy moment” for them as well. Hailing from Khandra village in Panipat, the javelin star comes from an agricultural background.

The Olympian shared the pictures on his Twitter handle at 10 am. By the evening, the post was liked by 1.74 lakh users and re-tweeted more than 20,000 times.