Efficient Kyrgios pushes past wildcard Wolf to reach first US Open fourth round : The Tribune India

The fiery Wimbledon finalist harnesses his mighty serve to clinch the affair, whacking 21 aces at his opponent and sending over 35 winners 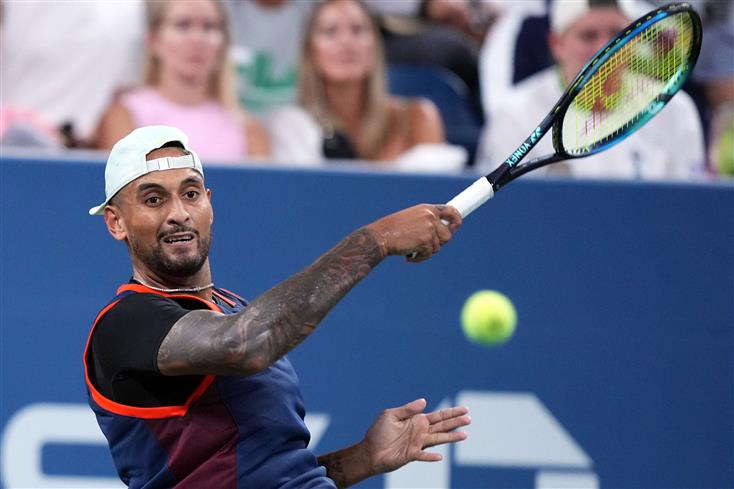 Australian Nick Kyrgios reached the fourth round of the U.S. Open for the first time on Friday, notching a routine win over American wildcard J.J. Wolf 6-4 6-2 6-3 in the shadow of Serena Williams' Flushing Meadows farewell.

The fiery Wimbledon finalist harnessed his mighty serve to clinch the affair in an efficient hour and 56 minutes, whacking 21 aces at his opponent and sending over 35 winners, as he wrested the momentum early with a break in the fifth game of the first set.

There were few fireworks as Kyrgios defended all seven breaks he faced inside Louis Armstrong Stadium, where he earned a $7,500 fine for "spitting and audible obscenities" during his second-round meeting with France's Benjamin Bonzi.

With the sporting world's eyes laser-focussed on neighbouring Arthur Ashe Stadium as Williams fell to Ajla Tomljanovic in dramatic fashion in what is widely expected to be her final tournament, Kyrgios' lopsided matchup prompted little fanfare.

But it nonetheless marked the latest in a stellar run for Kyrgios, who is playing the best tennis of his career after winning in Washington, D.C., and reaching his first Grand Slam final at the All England Club.