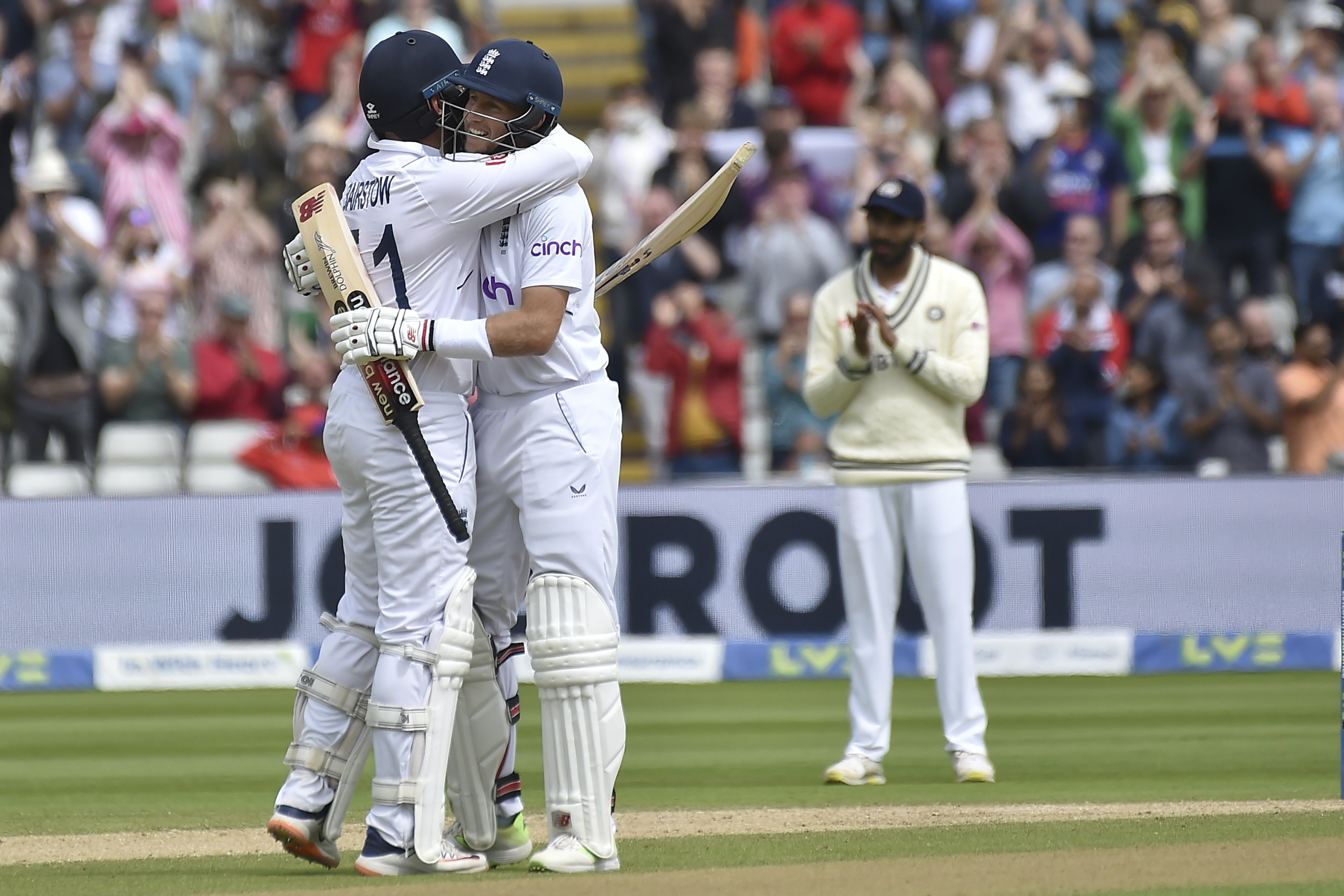 England's Jonny Bairstow hugs batting partner Joe Root to congratulate him on scoring a century during the fifth day of the fifth cricket test match between England and India at Edgbaston in Birmingham, England on Tuesday. AP/PTI

Joe Root and Jonny Bairstow scored majestic centuries as England pulled off their highest-ever successful run chase in the longest format for a convincing seven-wicket win over India in the rescheduled fifth Test here on Tuesday.

England overhauled the 378-run target in the morning session of the fifth and final day with Root and Bairstow remaining unbeaten on 142 and 114 respectively.

England's win meant that the five-match Test series, which spilled over to this year due to COVID-19 cases in the Indian camp last year, ended in 2-2 draw.

Root's 173-ball innings was decorated with 19 fours and one six while Bairstow struck 15 boundaries and hit once over the ropes in his 145 ball innings.

It was Bairstow's second ton of the match as he had made 106 off 140 balls in the England first innings.

The Indian bowlers toiled the whole of the morning session without success, Captain Jasprit Bumrah (2/74) was the only Indian bowler to take wicket in the England second innings. He ended the match with five wickets. Mohammed Siraj had taken four wickets in the England first innings.