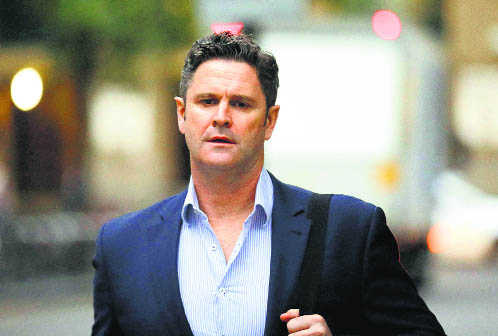 Former New Zealand all-rounder Chris Cairns is off life support and is recovering following a heart surgery, his lawyer said on Friday.

Cairns had suffered a major medical emergency - an aortic dissection - earlier this month and was put on life support.

Aortic dissection is a serious condition in which a tear happens in the inner layer of the body's main artery.

"I'm pleased to advise that Chris is off life support and has been able to communicate with his family from hospital in Sydney," his lawyer Aaron Lloyd said in a statement.

"He and his family are thankful for all of the support and well wishes from everyone, and for the privacy they have been afforded. They request that this continues as they focus on his recovery moving forward."

One of the best all-rounders of his time, Cairns played 62 Tests, 215 ODIs and two T20Is for New Zealand between 1989 and 2006. His father Lance Cairns also played for New Zealand.

The 51-year-old, however, later faced allegations of match-fixing when he played in the now-defunct Indian Cricket League in 2008 and fought many legal battles to prove his innocence during which he won a defamation case against IPL founder Lalit Modi in London in 2012.

Fighting corruption allegations took a toll on his life and at one point of time he had to take up a job with the Auckland Council to drive trucks and clean bus shelters to foot the legal bills. PTI