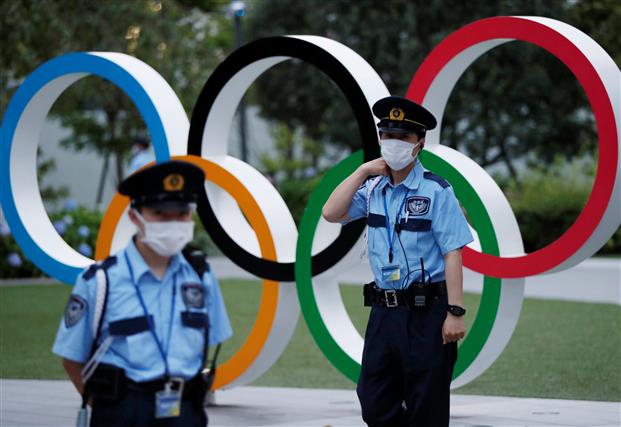 Trust the Indian Olympic Association (IOA) to take care of their delegates. They have been known to open the coffers for their office-bearers for many multi-sports events, and for Tokyo Olympics, the IOA has been more than willing to accommodate the needs of the officials on this all-paid trip.

Free air travel, accommodation pegged at Rs 25,000 per day, allocation of Rs 50,000 per member for the delegates for official kit and mediclaim of Rs 5000 for the 12-member delegation has also been cleared. Tickets and boarding for both the IOA president Narinder Batra and secretary general Rajeev Mehta will be borne by the International Olympic Committee (IOC).

The IOA has been meticulous in planning for the unexpected expenses as well. While Rs 20 lakh have been allocated for lapel pins, facemasks, flags and gift items, the sports body has earmarked Rs 15 lakh as contingency expenses — approximately $20000. Another Rs 50 lakh have been set aside as unforeseen expenses.

Consider this, the IOA has budgeted Rs 3.97 crore as total expenses for the whole length of the Summer Games that are scheduled to start from Friday. The out-of-pocket allowance that the IOA has pledged to give to the athletes will form the bulk of this expense budget. The IOA has announced that it will provide $50 per day to each Indian athlete for 20 days, pegged at Rs 1.67 crore as on July 7. “…Means of payment will be forex cards for the members going from India to Tokyo and bank transfers for team members coming to Tokyo from other countries. OPA will be paid approximately 20 days for entire team members,” the IOA reference note states.

The rest of the money is mostly budgeted for the travelling and daily allowance (TA/DA) of IOA officials and delegates that amounts to roughly Rs 1.45 crore, of which Rs 28.4 lakh will be for the daily allowance for IOA president Batra, general secretary Mehta and treasurer Anandeshwar Pandey.

While IOA chef-de-mission BP Baishya will derive TA/DA of $300 per day for their 28-day stay in Tokyo, the IOA would get $150 for the same period. Interestingly, the IOA has also made provisions of Rs 4000 for excess baggage per person for both ways and for staff carrying kits items for athletes who are already in Tokyo.