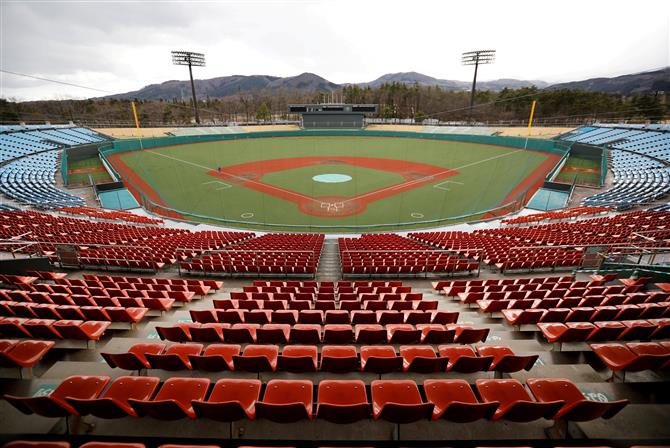 Fukushima Azuma Baseball Stadium, which will host the baseball and softball competitions during the Tokyo 2020 Olympic Games, is seen in Fukushima, Japan. Reuters file

Two more prefectures outside the immediate Tokyo area have decided to bar fans from attending Olympic events because of rising coronavirus infections, Tokyo Olympic organisers confirmed with the pandemic-delayed games opening in just under two weeks.

Tokyo organisers and the IOC earlier in the week barred all fans from venues in Tokyo and three neighbouring prefectures.

Now, two prefectures that were permitted to have fans have backed out of those plans.

Fukushima prefecture in northeastern Japan has decided to hold its baseball and softball events without spectators.

It has been joined by the northern prefecture of Hokkaido, which will hold soccer games without fans at the Sapporo Dome. AP