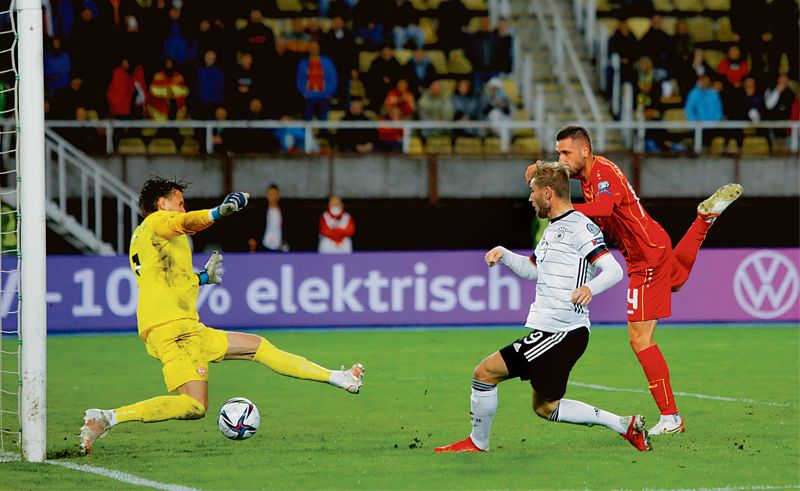 Germany’s Timo Werner has a go at goal. REUTERS

As Germany became the first country to qualify for the 2022 World Cup, their former under-21 team coach was crying tears of joy after his first win in charge of Turkey.

Stefan Kuntz was unable to keep his emotions in check after Burak Yilmaz’s penalty in the ninth minute of injury time earned Turkey a dramatic 2-1 win in Latvia to keep their qualification hopes alive.

Germany booked their place on Monday with an error-strewn 4-0 win in North Macedonia. All goals came in the second half as the home team tired, and the win went some way to atoning for Germany’s surprise 2-1 loss to North Macedonia in Duisburg in March.

In Rotterdam, Memphis Depay scored twice, had two assists and missed a penalty as the Netherlands overpowered Gibraltar 6-0 to remain on course for qualification, two points ahead of Norway and four points ahead of Turkey in Group G.

Croatia and Russia are assured of at least a playoff place after their respective results in Group H. — AP