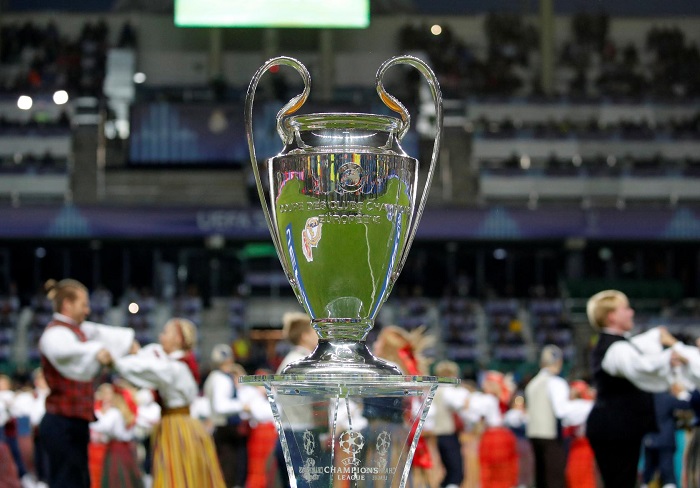 Germany and Portugal are contenders to host the delayed Champions League final which is due to be moved from Istanbul, a person with knowledge of the situation told The Associated Press.

A June 17 meeting of UEFA's executive committee will decide the new location for the August final — with that country also set to stage the quarterfinals and semifinals, the person said.

The person spoke on condition of anonymity to discuss details of the planning for the competition that was suspended in March due to the coronavirus pandemic.

The priority for the remaining Champions League matches is choosing a location accessible to players and officials as fans are unlikely to be allowed in due to COVID-19 restrictions.

Marcelo Rebelo de Sousa, the president of Portugal, this week referenced potential "good news" for football in the Iberian nation in August.

Two stadiums in Lisbon have been floated — with Benfica hosting the final and Sporting Lisbon's venue also used.

German newspaper Bild reported Wednesday night that Frankfurt is a potential location for the final if Germany is chosen.

The Champions League final was due to be staged last Saturday at Ataturk Olympic Stadium in Istanbul. The AP reported on Friday that the final was poised to be moved from Istanbul.

Usually, the only the final is held at a neutral venue. But to complete the competition during the pandemic, UEFA shifted planning to back a single country for the last eight. — AP