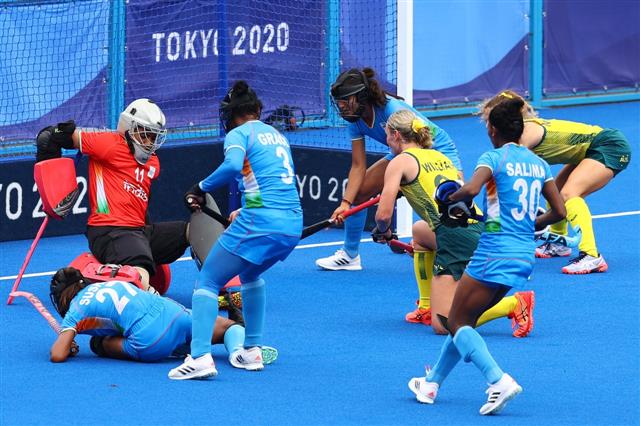 It was teamwork and "Chak de" moments for Gurjit Kaur and Savita Punia that helped Indian women's hockey team script history on Monday as it stormed into the semifinals of the Olympic Games for the first time.

Goalkeeper Savita Punia made nine crucial saves against Australia, while drag-flicker Gurjit Kaur rose to the occasion when it mattered and converted India's lone penalty corner in the 22nd minute to surprise the Australians.

India's best performance in the Olympics came way back in the 1980 Moscow Games where they finished fourth out of six teams.

The wall of Indian hockey - Savita Punia. When played one of the greatest game in history. #INDvsAUS #Olympics2021 pic.twitter.com/6zJZb4l2cY

- One of the greatest moments in Indian Sports. pic.twitter.com/LV8X6LlEFr

Savita Punia is the name to remember for generations. She saved 9 penalty corners.

A goal that will go in the history books! 🙌