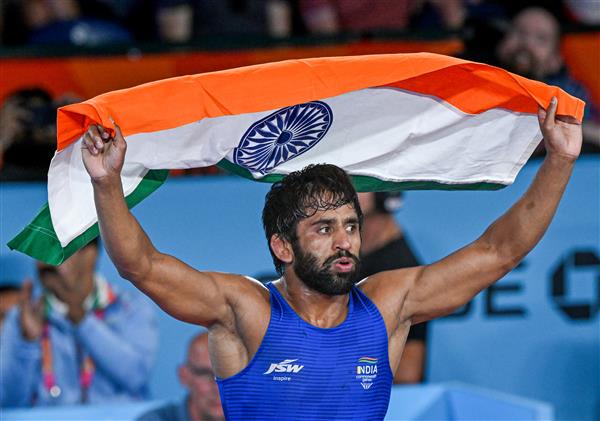 Bajrang Punia was a class apart while defending his title before Sakshi Malik produced a sensational gold medal winning effort as India’s wrestlers grabbed six medals, including three gold, at the Commonwealth Games here today. India moved to fifth position in the medal tally ahead of Scotland. 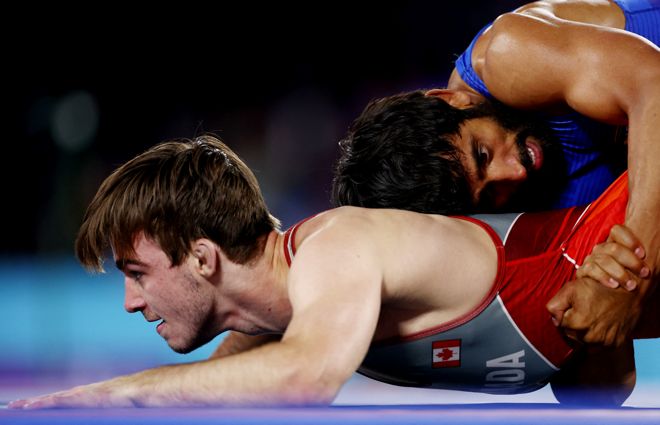 Deepak Punia (86kg) also contributed in swelling India’s medal tally by winning the men’s freestyle gold but birthday girl Anshu Malik (57kg) had to be content with a silver medal in her maiden CWG appearance.

Such was Tokyo Olympics bronze medallist Bajrang’s dominance in the 65kg competition that he won three of his four bouts inside first rounds.

Canada’s Lachlan Maurice McNeil fought well against Bajrang but the Indian was far superior in technique and stamina as he won the bout 9-2.

Sakshi beat Ana Paula Godinez Gonzalez in the 62kg final by fall. Trailed 0-4, Sakshi initiated a right leg attack to throw the Canadian on the mat. From there she used her power to pin Gonzalez.

Deepak was calculative in his bouts. The wrestler began with a technical superiority win over Matthew Clay Oxenham from New Zealand and beat Canada’s Alexander Moore 3-1, setting up the gold medal bout against Pakistan’s Muhammad Inam. The 23-year-old Indian had better stamina and outlasted Inam 3-0.

Anshu, who has taken rapid strides in her career, had reached final with similar dominance. The 20-year-old won by technical superiority against Australia’s Irene Symeonidis and Sri Lanka’s Nethmi Ahinsa Fernando Poruthotage.

It did not take Anshu much time to measure her opponents. Her trademark aggression was too hot to handle for her rivals. However, the World Championship silver medallist came up short against the experienced Odunayo Folasade Adekuoroye in the final, losing 3-7.

The Nigerian, a three-time medallist at the World Championships, won her third consecutive gold medal at the Games.

Divya had got a tough 68kg draw as she found Tokyo Olympics silver medallist Blessing Oborududu from Nigeria in her opener. Divya was outplayed by the formidable Nigerian. However, the Asian Games bronze medallist won her repechage round against Blandine Nyeh Ngiri by fall. 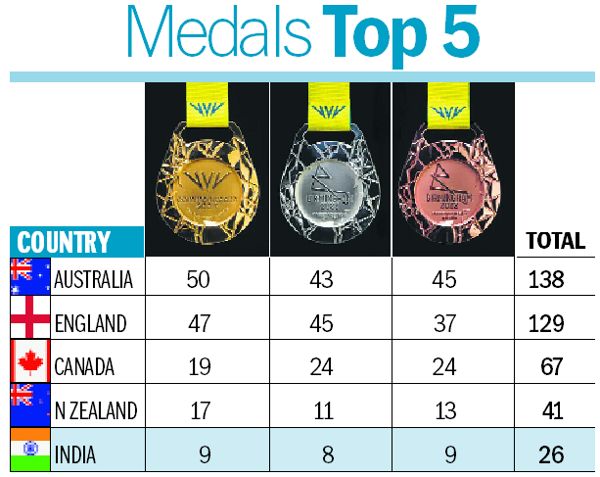