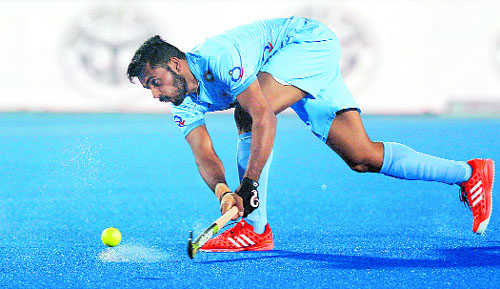 India’s star drag-flicker Harmanpreet Singh was today named among the five nominees for the Men’s Player of the Year honour, while PR Sreejesh and Savita Punia figured in the shortlists for the best male and female goalkeeper for the FIH Hockey Stars Awards 2021-22. The winners will be announced in early October.

Indian paddlers ended their campaign in the Asian Junior and Cadet Championships in Laos on a golden note as Payas Jain and Yashaswini Ghorpade defeated the Chinese duo of Han Xinyuan and Qin Yuxuan 11-9 11-1 10-12, 7-11, and 11-8 in a thrilling final today.

Kolkata and Ahmedabad will host the knockout stages of Syed Mushtaq Ali Trophy (SMAT) and Vijay Hazare Trophy, respectively, while the BCCI will conduct two Irani Cup ties over the next months.

Cameron Green braved cramps to smash a career-best 89 not out and secure Australia’s nervy two-wicket victory against New Zealand in the opening One-day International in Cairns today. — Agencies