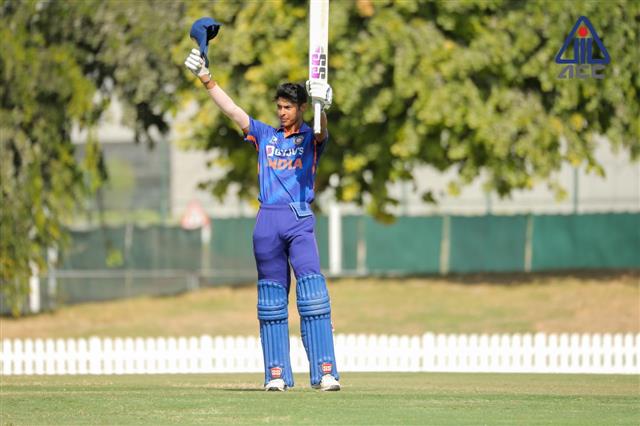 Opener Harnoor Singh’s unbeaten 100 overshadowed Cooper Connolly’s 117 as India beat Australia by nine wickets in a warm-up game ahead of the Under-19 World Cup here. Australia posted 268 runs. For India, Shaik Rasheed scored 72, before captain Yash Dull (50 not out) took the side past the finish line with 15 balls to spare.

Blasters do the double over Odisha to reclaim summit

Kerala Blasters FC romped home to a comfortable 2-0 victory over Odisha FC to move to the top of the table in the Indian Super League. Nishu Kumar (28th) and Harmanjot Khabra (40th) netted the first-half goals. Kerala now have 20 points from 11 games while Odisha have 13 from 10 games.

Experienced goalkeeper Savita will lead India at the upcoming women’s Asia Cup in Muscat. Hockey India today named an 18-member squad, which included 16 players that featured at the Tokyo Olympics. Regular skipper Rani Rampal is recovering from an injury in Bengaluru. The tournament is scheduled to be held from January 21 to 28. — Agencies