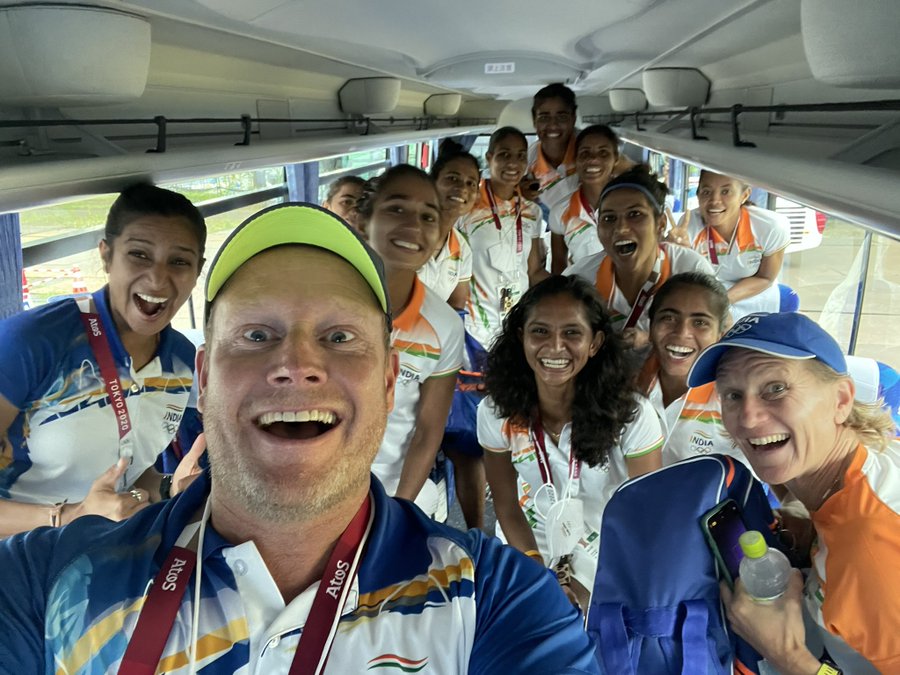 It was a "Real Kabir Khan” moment from the movie "Chak De India” for the Indian women's hockey team  after they defeated Australia 1-0 in the quarter-finals to reach the Olympics semi-finals for the first time.

Team head coach Sjoerd Marijne broke down soon after the win. Reacting to a video that went viral on Twitter, a user commented, "Real Kabir Khan".

"Chak De India Moment for our girls!" wrote another.

India defeated world No. 2 Australia 1-0 in the quarterfinals to storm into the last-four stage, marking their maiden entry into the medal round with a brilliant performance against a team that had dominated the tournament so far and was one of the favourites to win the gold.

Drag flicker Gurjit Kaur scored the all-important goal in the 22nd minute with a powerful flick that deflected off a defender's stick into the goal.

The Indians then defended superbly and did not allow Australia, three-time gold medallists in the Olympics, to score in the entire second half with defenders Deep Grace Ekka, Udita and Gurjit Kaur and midfielder Monika, standing like a wall to guard the goal. And whenever the Aussies got past them, goalkeeper Savita was there to save India as she pulled off at least seven brilliant saves to thwart the Hockeyroos.

The Indians attacked aggressively, defended stoutly and controlled the midfield that allowed them to enjoy possession in the first half. Australia could not get into their rhythm early on and kept chasing the ball in the entire match.