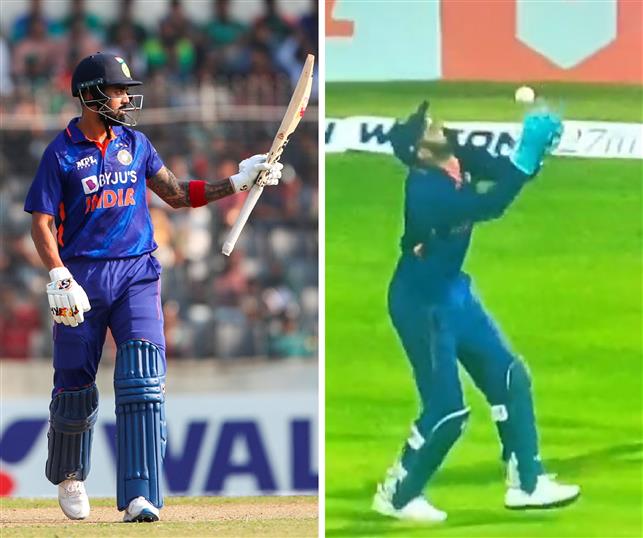 It was a mixed day in the office for KL Rahul! As India lost the opening ODI against Bangladesh in a thrilling encounter, the Indian batter came in for praise as well as criticism.

India were bowled out for 186 in 41.2 overs in their below par performance. It was Rahul’s 73 off 70 balls that lent some respectability to the total. While others struggled to get going when the side was packed with all-rounders, KL Rahul showed his class.

However, Rahul who was keeping wickets dropped an aerial sitter when Bangladesh still needed 32 runs win. The last two batters took Bangladesh to a memorable win.

People on Twitter remained divided on whether to hail KL Rahul as “hero” for his valiant 73 when wickets kept tumbling around or to brand him a “villain” for dropping an easy catch that cost India the match.

Here are some reactions:

Today KL Rahul :
scored much needed runs for team india when other batters were struggling.
And then dropped most important match winning catch and we lost there.
Is he hero or villain.. confused 😓
but what a match 🇮🇳🔥#INDvsBangladesh #KLRahul pic.twitter.com/B8REjMHbFs