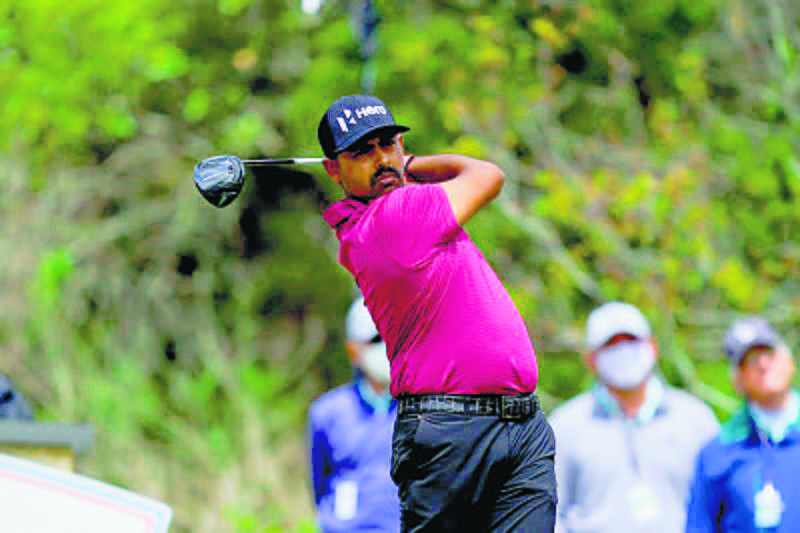 Indian golfer Anirban Lahiri notched up his best finish in over three years by signing off fifth at the Valero Texas Open after carding a 3-under 69 in the final round here.

Lahiri, who finished 10-under overall, had opened the week with a modest 1-under 71. He added solid 69s on each of the next three days for his first top-5 finish since October 2017.

Even as Lahiri was achieving his best in 1,260 days, Jordan Spieth got back into the winner’s circle after a span of 1,351 days — his last win was at the British Open in 2017. Spieth ended his inexplicable slump with a two-shot win over Charley Hoffman (66).

Lahiri birdied the second and eighth, dropped a shot on the 12th and then birdied the 15th and 18th. The birdie on the 18th moved him from a four-man group at tied-5th to sole fifth. That final birdie was worth around $40,000 for Lahiri and the Indian earned a total of $315,700.

The 33-year-old finished eight strokes behind Spieth but thought he could have been closer. “I think overall through the week, I didn’t convert as many of my opportunities,” Lahiri said. “I definitely hit the ball good enough to contend and maybe win, but my bunker play and my short game, and putting from mid-range to short range, was below par. Those are the things that I need to work on,” he added. — Agencies

Lahiri had missed five cuts in his last six starts and his finish in Texas gave him a much-needed boost in the FedExCup standings, lifting him to 94th from 125th. “I’ve put a lot of work in the full swing and ball striking in the last month or so, and to see that working and holding up under pressure is very pleasing,” Lahiri said. “I’m very happy with how I kept my composure and kind of stuck to what I needed to do. It was one of those weeks that I could have done a lot more but I’d rather build on this and work on some of the areas where I came up short on.”